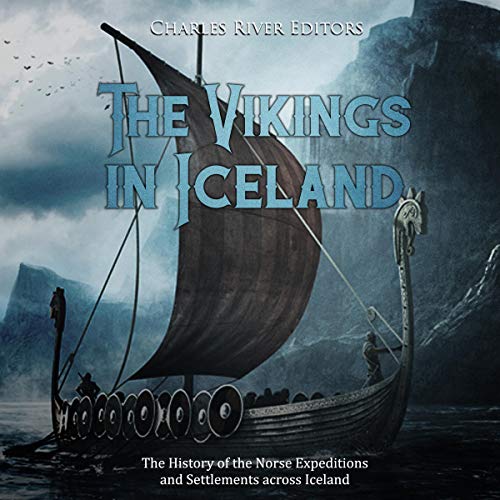 The Vikings in Iceland: The History of the Norse Expeditions and Settlements Across Iceland

The Vikings in Iceland: The History of the Norse Expeditions and Settlements Across Iceland

Like many civilizations of past millennia, the Vikings are remembered in popular culture more for the fantastical accounts of their history than for reality. The written records of the history of the Viking period, consisting mostly of Norse sagas, metaphoric poems called skalds and monastic chronicles, were written down well after the events they described and tended to be lurid accounts rife with hyperbole. Furthermore, the most scathing tales of Viking raids are contained in the histories of monastic communities which were targets of Norse rapacity. These chronicles speak of the heathen Viking depredations of monastic treasuries and the ferocious torture and killing of Christian monks. The colorful bloody tales were certainly based on more than grains of truth, but they were also purposefully augmented to inject drama into history.

As a result, the almost ubiquitous depiction of the Vikings as horn-helmeted, brutish, hairy giants who mercilessly marauded among the settlements of Northern Europe is based on an abundance of prejudicial historical writing by those who were on the receiving end of Viking depredations, and much of the popular picture of the Vikings is a result of the romantic imagination of novelists and artists. For example, there is neither historical nor archaeological evidence that the typically red haired, freckled Norsemen entered battle wearing a metal helmet decorated with horns. This headgear was an invention of the Swedish painter and illustrator Johan August Malmström (1829-1901), and his work was so widely disseminated in popular books that the image stuck. Today the imaginary Viking helmet is an almost mandatory costume accessory in productions of Wagner's opera Der Ring des Nibelungen, which is not about the Vikings at all.

The Norsemen were also medieval Europe’s greatest explorers, moving across the North Atlantic to settle in Iceland, Greenland, and even North America. The first step in this epic journey was Iceland, a rugged island in the North Atlantic about 400 miles from the Faroe Islands and about 700 miles from the north coast of Scotland. Iceland has been called “the land of ice and fire”, and the name is an apt one.

Iceland was settled by the Norse in the late 9th century, and they started a thriving and unique culture at the edge of the known world. Until it was taken over by the Kingdom of Norway in 1262, it had no central government, instead consisting of a patchwork of large and small chiefdoms mediating disputes via an early form of the parliamentary system.

interesting story, narrator is a snooze

Really interesting book, short and informative for those of us wanting some background on icelandic culture before traveling there, shame about the narrator. The story was actually quite fascinating but I think this narrator could put you to sleep no matter what he was reading