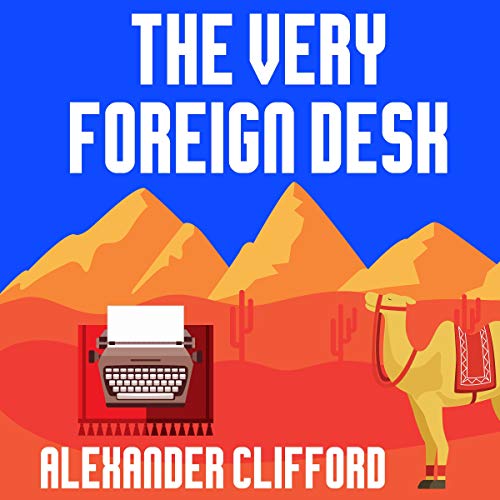 Newspaper mogul Mylocent Winecroft is eager for his knighthood. But after journalist Henry Henderson almost decimates this prospect, Henderson is promoted to foreign correspondent and promptly dispatched to Morocco. Caught in the whirlwind of mad monkeys, deep-fried snails, and a lack of booze, Henderson loses his marbles while searching for the Gujat tribe and their black magic.

Join Henderson on this dizzying, sensorial-overload of a prequel to The Foreign Desk. Don't miss out on this comic and intense mystery through bizarre bazaars following a fate that cannot be avoided.

What listeners say about The Very Foreign Desk