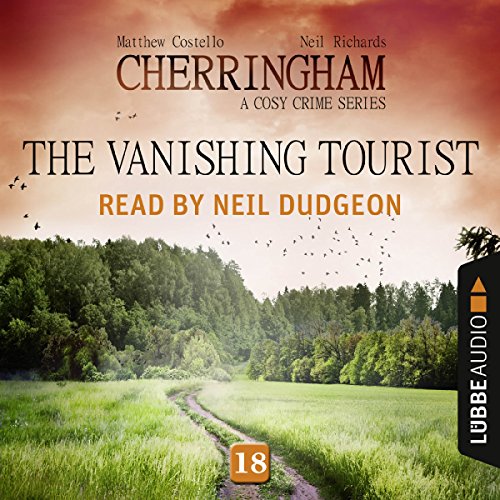 When an American tourist goes missing in Cherringham, the local police don't see reason for concern - people often wander away from such tours. But when that tourist's sister shows up from New York, desperately looking for answers, Jack and Sarah become convinced there's more to the disappearance than meets the eye. Soon, they are entangled in a mystery with a secret history of betrayal, sacrifice, dishonor... and death.

Cherringham is a serial novel à la Charles Dickens, with a new mystery thriller released each month. Set in the sleepy English village of Cherringham, the detective series brings together an unlikely sleuthing duo: English web designer Sarah and American ex-cop Jack. Thrilling and deadly - but with a spot of tea - it's like Rosamunde Pilcher meets Inspector Barnaby. Each of the self-contained episodes is a quick listen for the morning commute, while waiting for the doctor, or when curling up with a hot cuppa.

Co-authors Neil Richards (based in the UK) and Matthew Costello (based in the US), have been writing together since the mid 90's, creating content and working on projects for the BBC, Disney Channel, Sony, ABC, Eidos, Nintendo to name but a few. Their transatlantic collaboration has underpinned scores of TV drama scripts, computer games, radio shows, and - most recently - the successful crime fiction series "Cherringham".

The narrator of the audiobook, Neil Dudgeon, has been in many British television programmes including the roles of DCI John Barnaby in "Midsomer Murders" and Jim Riley in "The Life of Riley".
©2017 Bastei Lübbe (Lübbe Audio) (P)2017 Lübbe Audio

What listeners say about The Vanishing Tourist

Good read but not very challenging. A good in between book to be read in between some of the harder books

Perhaps the strongest story yet in this series. A great sense of mystery and a gripping conclusion. Great stuff.

One thing I wish Audible would work on is the way titles are listed - please use same first word when possible for a series - and why sell 16, 17, and 18 as a group and also break them apart and sell separately?

I did not want this to end. This is the last of many books focusing in Cherringham,England.

Well written as always. Wonderfully read by Mr Dudgeon ... the perfect voice for Jack!!Thanks for a great series

Loved this Series. Great entertainment - short stories - great narrator. Hope that more are written. Have listened to everyone ofthen!

A wonderful series of quiet mysteries .

This story takes place in a quiet English village, and farming area. It has no big murder, nor rushing folk. There is no wierdo or witch, just normal folk. A story ...an incident took place in Afghanistan which had repercussions years afterwards.