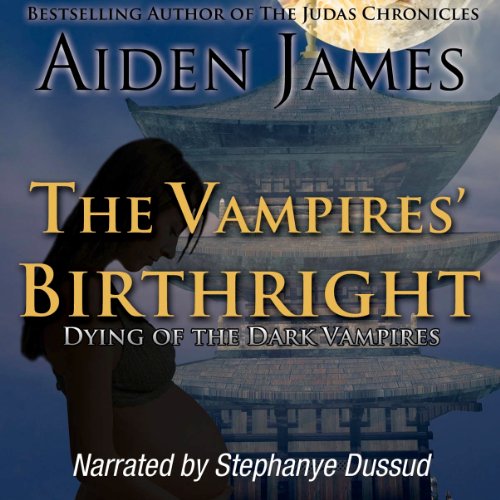 A birthright: It should be something no one can ever take away.

But that's not how it works in the world of vampires. Especially when that birthright involves a unique type of blood necessary for an elitist vampire society to remain young and beautiful.

Welcome to the continued misadventure of 19-year-old Txema Ybarra.

The Earth's most privileged undead believe they deserve a stake in Txema's blood, and there is power and prestige for whoever controls her ancient bloodline. However, the vampire demon Ralu and his burgeoning Chupacabra army crave the same lofty status. Unlike his brother Gustav - ruler of the elite European vampires - Ralu desires the death of Txema, and with it the end of Gustav's 2,000-year reign.

As this teenage mother-to-be fights for survival for her and her unborn daughter, the journey to elude Ralu and traitor vampires among Gustav's civilized allies takes Txema across the globe. The race is on to save or destroy two human lives...and determine the rightful holder of The Vampires' Birthright.

What listeners say about The Vampires' Birthright

I really enjoy these books and surpringly the narration. however I still prefer to actually read for myself.

better then first, for me just getting to aiden james work. again i have to story line was good but really how stupid can the female be, i wanted to choke because she was so unreasonable at time. but overall good action, still lacking still lacking sexual oomph.