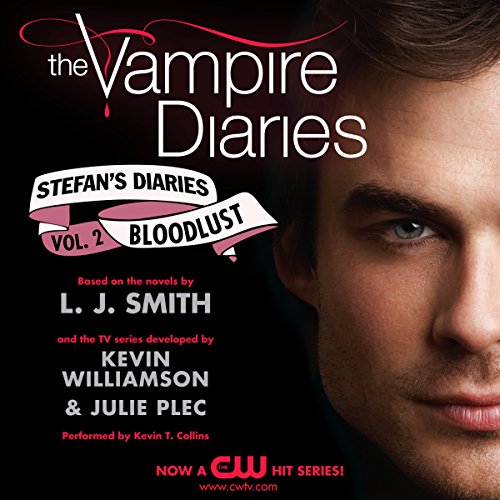 When Stefan Salvatore's first love turned him into a vampire, his world - and his soul - were destroyed. Now he and his brother, Damon, must flee their hometown, where they risk being discovered...and killed.

The brothers head to New Orleans, looking for safe haven. But the city is more dangerous than they ever imagined, full of other vampires and vampire hunters. Will Stefan's eternal life be forever damned?

Based on the popular CW TV show inspired by the best-selling novels, Stefan's Diaries reveals the truth about what really happened between Stefan, Damon, and Katherine and how the Vampire Diaries love triangle began.

Great book, nice to listen to, have all books in collection, highly recommend, love that I can have someone read to me

I really enjoyed part one of the Stefan diaries. I think because this series is more relate able than the original Vampire Diaries books (for me). This book was okay, the narrator did a wonderful job, but it felt like a stretched out chapter versus a whole book. I will be picking up the next one in the series (Due out in May), but this book is just a filler.

The details were too vague and i understand that they are from Stefan's POV, but Damon's character is not really being given a thorough look. He transformed overnight from the first book. He was this moral, strong character and then he becomes the shallow, ruthless killer without much attention as to why. [It is explained, but not to my satisfaction! I know i am a brat, but if you are a fan like i am... you might agree.]

Worth a listen, but perhaps wait for a sale or later in the year so your wait time between books 2 & 3 is shorter.

I liked learning the back story of the Salvatore brothers but since I'd already read the other books, I was kinda bored w this series.

The only thing I really liked about this book was the narration. collins always does a wonderful job.
as far as story goes I thought it was shallow and useless. I did not like how Stephan became a ruthless killer with no kind of ethical remorse i found it disgusting and out of character.he went from an obedient spineless boy to a random killer. i also didnt like how he just keeps falling in love with whatever pretty girl he sees and decides he wants. I thought she book lacked depth and just seemed like a pointless filler story with no real purpose overall. I found myself scoffing and rolling my eyes through the whole thing, irritated with the story and especially the main character.