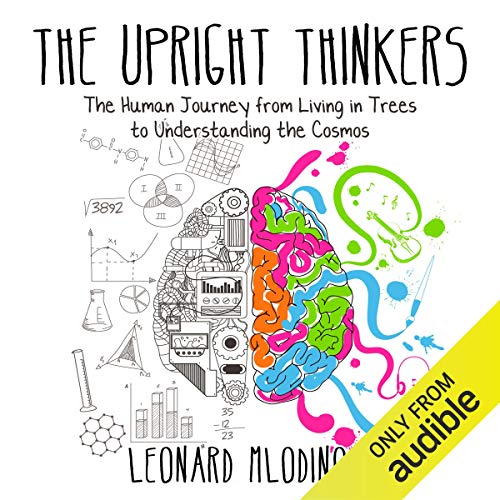 In this fascinating and illuminating work, Leonard Mlodinow guides us through the critical eras and events in the development of science, all of which, he demonstrates, were propelled forward by humankind's collective struggle to know.

From the birth of reasoning and culture to the formation of the studies of physics, chemistry, biology and modern-day quantum physics, we come to see that much of our progress can be attributed to simple questions - why? how? - bravely asked.

At once authoritative and accessible, and infused with the author's trademark wit, this deeply insightful audiobook is a stunning tribute to humanity's intellectual curiosity.

Leonard Mlodinow received his PhD in theoretical physics from the University of California, Berkeley; was an Alexander von Humboldt Fellow at the Max Planck Institute; and now teaches at the California Institute of Technology. His previous books include War of the Worldviews (with Deepak Chopra) and the two national best sellers The Grand Design (with Stephen Hawking) and The Drunkard's Walk (a New York Times Notable Book and short-listed for the Royal Society Prize for Science Books). He also wrote for the television series Star Trek: The Next Generation.

"Leonard Mlodinow never fails to make science both accessible and entertaining." (Stephen Hawking)
"A breathtaking survey of the human mind exponentially accelerating the accumulation of knowledge, from pratfalls to ventures beyond the veil." (Kirkus Reviews)
"The Upright Thinkers playfully tracks the evolution of man's understanding of the world over millions of years.... An accessible and engaging read that brings science's brilliant minds to life." (Financial Times)

What listeners say about The Upright Thinkers