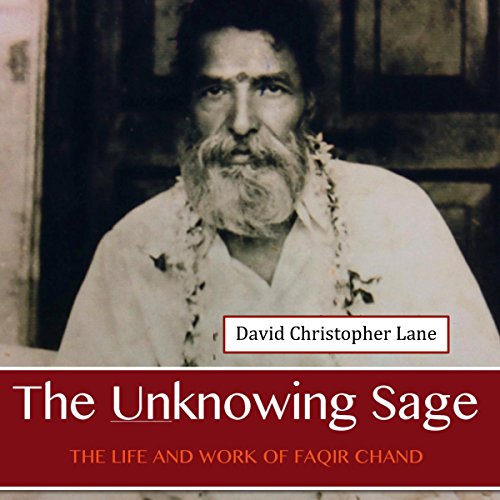 This book contains Faqir Chand's unique autobiography which was dictated shortly before his death in Urdu and translated during his lifetime into English at the personal request of Professor David Christopher Lane. It also includes a seasoned selection of Faqir Chand's radical teachings as well as several introductory essays and pertinent interviews.

This audiobook is not narrated well

A fascinating work at its heart, and some interesting or useful context articles by the author. Technically many issues however, some chapters repeat (maybe indicat8ng that some are missing?), audio dubs over certain sections are not well matched to the reading, and the reading itself is not well timed and generally of poor quality. despite all of that, this is an important work, I believe. perhaps is is best enjoyed in paperback form however.