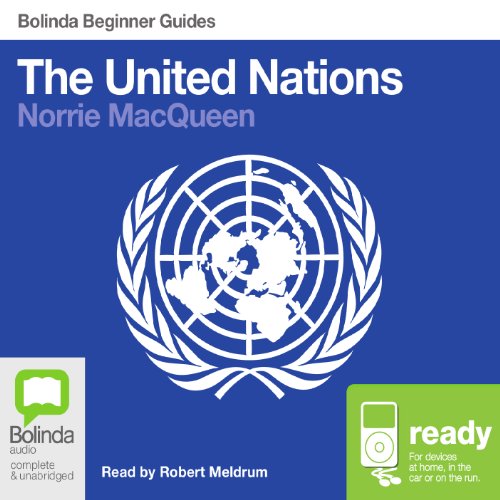 Listeners who wish to understand the global community better, will find this audiobook an essential addition to their Audible library. In this introduction, author Norrie MacQueen caters to those who have no previous knowledge of the institutions, characters, and controversies that make up the United Nations. The author addresses the most relevant information about the UN in this condensed six-and-a-half hour edition. MacQueen argues that the UN failures are due to conflicting national interests, but he remains optimistic about the role of this intergovernmental organization. Robert Meldrum's voice is clear and convincing, making the information very accessible.

Since its inception in 1945, the United Nations has had a powerful but controversial influence on global politics. In this informative guide, Norrie MacQueen provides a clear introduction to its institutions, remit, personalities, and role in the modern world. Defending the UN from common criticisms of bureaucratic paralysis and bias towards the developed world, MacQueen argues that its limitations are due to the complex web of national interests that it seeks to reconcile, and that despite criticisms the UN has had a positive influence on the modern world.

What listeners say about The United Nations: Bolinda Beginner Guides