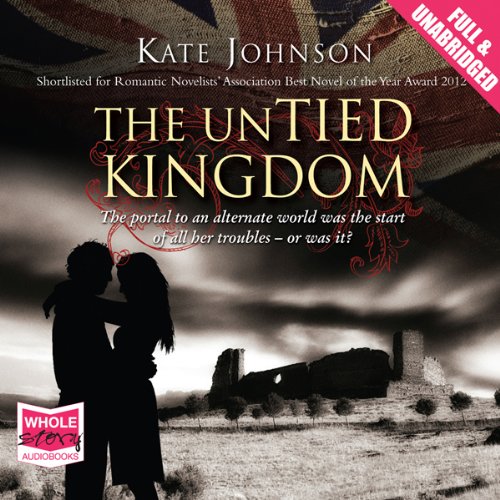 By: Kate Johnson
Narrated by: Julia Barrie
Try for £0.00

When Eve Carpenter lands with a splash in the Thames, it’s not the London or England she’s used to. No one has a telephone or knows what a computer is. But worst of all, everyone thinks Eve’s a spy. Including Major Harker, who has his own problems? The general wants him to undertake some ridiculous mission to capture a computer, which Harker vaguely envisions running wild somewhere in Yorkshire. Turns out the best person to help him is Eve. Eve knows all about computers, and electricity. There’s every possibility she’s mad… And Harker is falling in love with her.

What listeners say about The UnTied Kingdom

A hole in the world leading to a parallel universe where GB was never a superpower, never won any wars or conquered, well anywhere, really.

I did find it quite compulsive reading (listening) even though some aspects (mainly the romance) I found annoying and a bit tedious. I could see plot points being geared up for and predicted quite a few things not long before they happened. Some peripheral characters were conveniently placed and turned up at just the right place, at the right moment and with just the right info.

An entertaining read; a romance and something of a fantasy.

All in all, it was a fun listen. Closer to romance than sci-fi but still, fifteen hours is a long time to hold anyone's attention and it got me through a long drive and back. I'm a sucker for time travel/alternate reality to begin with... I think I'd have enjoyed it more with less of the fantastic "I'm a wealthy rock star/spice girl" set up and just a regular person however. But that's nitpicking. Overall, it's a beach listen. So don't expect more and you won't be disappointed.