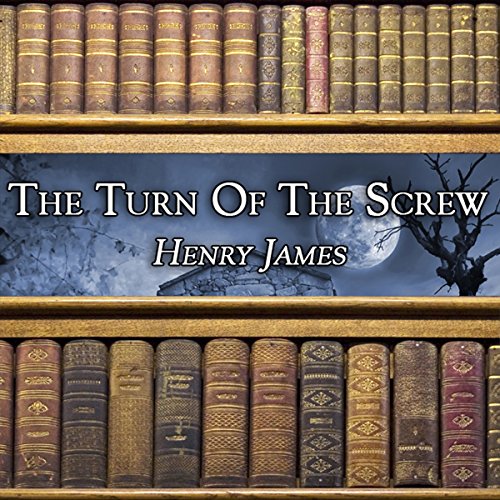 The Turn of the Screw

The Turn of the Screw, a novella written by Henry James, is often considered the prototypical ghost story.

The story begins: “The story had held us, round the fire, sufficiently breathless, but except the obvious remark that it was gruesome, as, on Christmas Eve in an old house, a strange tale should essentially be, I remember no comment uttered till somebody happened to say that it was the only case he had met in which such a visitation had fallen on a child.”

What listeners say about The Turn of the Screw

I gave up and read it

Would you try another book from Henry James and/or Gale Van Cott?

The author, yes. Absolutely not from the narrator.

What was one of the most memorable moments of The Turn of the Screw?

The narrator's voice is very sugary, she uses essentially the same voice for all the characters, and she reads in a sort of upbeat monotone with very little pause in between sentences or inflection. I felt like a cheerful female robot that was running out of juice was rushing to get this read to me.

I disliked the "voices" that the narrator used. She was very monotonous. I wouldn't recommend.