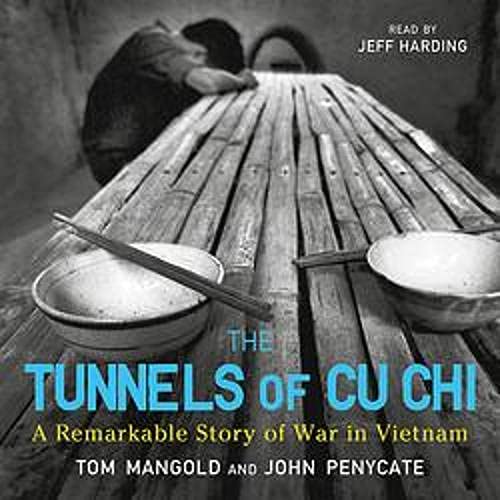 The Tunnels of Cu Chi

By: Tom Mangold,John Penycate
Narrated by: Jeff Harding
Try for £0.00

The story of an extraordinary campaign in the Vietnam War - fought in a 200-mile labyrinth of underground tunnels and chambers.

The campaign in the tunnels of Cu Chi was fought with cunning and savagery between Viet Cong guerrillas and special teams of US infantrymen called 'Tunnel Rats'. The location: the 200-mile labyrinth of underground tunnels and secret chambers that the Viet Cong had dug around Saigon.

The Tunnel Rats were GIs of legendary skill and courage. Armed only with knives and pistols, they fought hand-to-hand against a cruel and ingenious enemy inside the booby-trapped blackness of the tunnels. For the Viet Cong, the tunnel network became their battlefield, their barracks, their arms factories and their hospitals, as the ground above was pounded to dust by American shells and bombs.

What listeners say about The Tunnels of Cu Chi

I read this book over 30 years ago, I have the original copy of the book I have really enjoyed listening to this book, It's a brilliant story of percevierance and amazing courage of a people who would go through what you or I could never imagine. Fought with a Formidable foe who had a courage beyond the realms of human nature. Excellent Book!