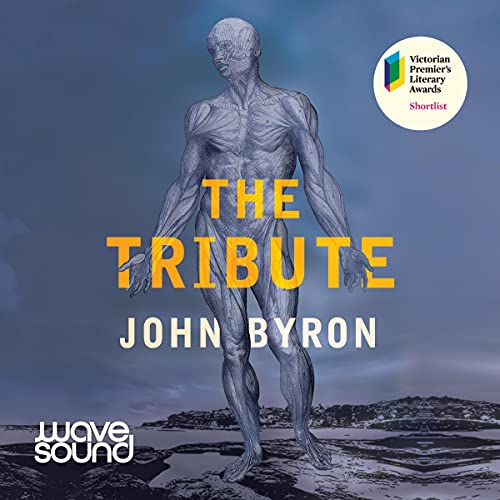 By: John Byron
Narrated by: Lewis Fitz-Gerald,Dorje Swallow
Try for £0.00

A serial killer is stalking the streets of Sydney, hell-bent on recreating scenes from the Fabrica, the 16th-century foundation text of modern European anatomy. His cold, methodical attacks have the city on edge, but the serial killer may not even be the darkest player in this story.

Desperate for a breakthrough, decorated homicide detective David Murphy draws into the case his art-historian sister, Joanna, and his wife, Sylvia. Unravelling the mystery of who is behind the killings pushes each beyond the limits of what they thought possible.

Meticulously researched, hugely ambitious and superbly crafted, The Tribute is a subversive take on modern masculinity and misogyny told through an irresistible crime narrative. Dark and unpredictable, chilling but sympathetic, it weaves a tapestry of narrative threads towards a mesmerising climax that will challenge the way you think about everyone you meet.

What listeners say about The Tribute