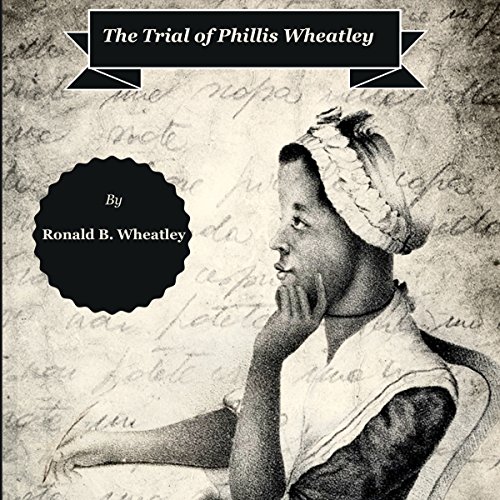 The Trial of Phillis Wheatley

The Trial of Phillis Wheatley

By: Ronald B. Wheatley
Narrated by: Rosemary Benson

The author of the prize-wining and best-selling historical novel A Song of Africa, Ronald Wheatley turns his attention to the tumultuous days on the eve of the American Revolution in a courtroom drama that brings to life Boston slave poet Phillis Wheatley on trial before eighteen of the most eminent men of the Town. Her "crime", the God-given gift enabling her to compose poetry capable of touching the soul - words so brilliantly crafted that her work would be compared to England's Poet Laureate, Alexander Pope. Surely no mere slave could have written the finest poetry produced in the colonies. The outcome will determine not only Phillis' fate, but also a course of a young nation.

On the eve of the American Revolution in the fall of 1772, 18-year-old Phillis Wheatley, the household slave of John and Susanna Wheatley, was invited to appear before 18 of Boston's most prominent men in the Governor's Council Chamber in Boston to defend the premise that she was the author of a collection of poems. The so-called "jury" was comprised of the most prominent men in Boston. This was not a jury of her peers but rather one comprised of all white, all male, and largely middle-aged men. There is no transcript of that proceeding. The Trial of Phillis Wheatley is a courtroom docudrama "depicting" what occurred in that room that day. The final verdict would change the course of American history.

The Trial of Phillis Wheatley has been named Best Book published (indie list) in 2015.

"Classic American history theater for readers who are weary of The Crucible and Inherit the Wind." ( Kirkus Review)

I bought this audio book not quite knowing what to expect . never-the-less i was intrigued by the life of Phillis Wheatley and wanted to know more about her - especially since i had never heard of her before.

At first i was dubious about the contents of a play being delivered by a single narrator, but to my surprise i found that Rosemary Bensons narration totally drew me in. In the first place her reading was totally devoid of any distracting bad acting and was in a sense completely straightforward with just the right amount of characterization to lift her voice above the ordinary. It also had the strange effect of making me feel as if i was somehow involved in a pre-production. I have since discovered that Rosemary Benson records quitte a numbeer of audio /learning books and I can see why: She is a natural.

Phillis Wheatley's story is in itself remarkable and moving and not less so that it is set in Boston on the eve of the "Boston tea party" and hence the American civil war, of which there are continuous of stage echo's throughout the play.

Of the play; This is one of those plays that , hrough the the lives of people living at the time, illuminates and brings into sharper focus the shadowy bits of history one never quite understood i.e. : the reason why it happened. A great play that is crying out to be dramatised fo radio. I hope that somebody from bbc radio 4 reads this revue.