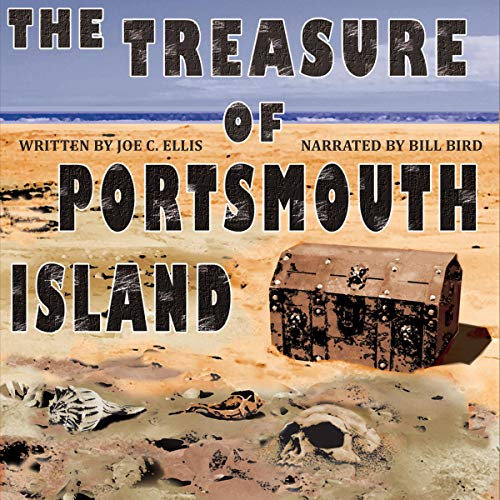 The Treasure of Portsmouth Island

With President Ronald Stamp and Kim Jung Ill threatening each other and the world with nuclear war, Joel Thomas and his college roommates head to the Outer Banks' primitive Portsmouth Island for a week of camping on the edge of the ocean.

The possibility of romance develops when they meet Holly and her friends from WVU. Joel and Holly become acquainted with Elsa Newland, a preteen with uncanny abilities. She claims that a treasure chest buried on the island contains an object that has the power to establish world peace. Reverend Noah Swagger considers Elsa's vision absurd. He and his disciples believe the escalating conflict between North Korea and the United States will usher in the end times. However, when Elsa and her grandfather uncover four chests of gold coins, Swagger believes the treasure could be the answer to his prayers - funds for an underground bunker and enough supplies to sustain his church through a nuclear winter.

Elsa is determined to find the legendary fifth chest. Will its mysterious contents have the power to prevent the impending apocalypse? Others, though, have more malevolent plans to get their hands on the Legendary Treasure of El Salvador.

What listeners say about The Treasure of Portsmouth Island

I love the introduction and the sound of the waves that each chapter starts with. Love the characters a great listen!

This is a very good adventure story of treasure, greed, and murder on Portsmouth Island in the Outer Banks. It has an interesting cast of characters, including a shady evangelist, a beach-combing treasure hunter, a shark fisherman with a prosthetic leg, college students, a former Secret Service Special Agent, a couple in law enforcement & their children, thugs, a grandfather, and a special teenage granddaughter. Portions of the story seem a bit far-fetched in the latter part of the book, but the plot is exciting. The narrator had a nice voice and did a great job with the various characters.