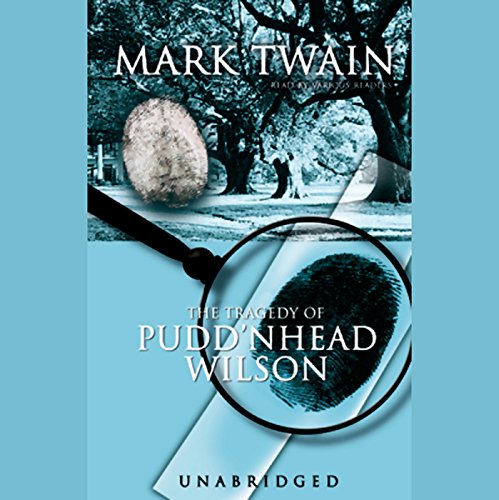 The Tragedy of Pudd'nhead Wilson

David Wilson is called "Pudd'nhead" by the townspeople, who fail to understand his combination of wisdom and eccentricity. He redeems himself by simultaneously solving a murder mystery and a case of transposed identities.

Two children, a white boy and a mulatto, are born on the same day. Roxy, mother of the mulatto, is given charge of the children; in fear that her son will be sold, she exchanges the babies. The mulatto, though he grows up as a white boy, turns out to be a scoundrel. He sells his mother, murders and robs his uncle, then blames the murder on Luigi, one of a pair of twins. Pudd'nhead, a lawyer, undertakes Luigi's defense and, on the basis of fingerprint evidence, exposes the real murderer.

The book implicitly condemns a society that allows slavery. It concludes with a series of witty aphorisms from Pudd'nhead's calendar.

What listeners say about The Tragedy of Pudd'nhead Wilson

You have to reserve five starts for Twain's landmark books, but, this was entertainment of a different kind that I welcome in todays entertainment environment. Pure storytelling at its best. The production was very good. I am not fascile with 1860's ebonics so it was a bit hard to follow in places. But the period english and accents made the characters come alive.

l loved this book! Mark Twain does an excellent job of telling this story. A must read!