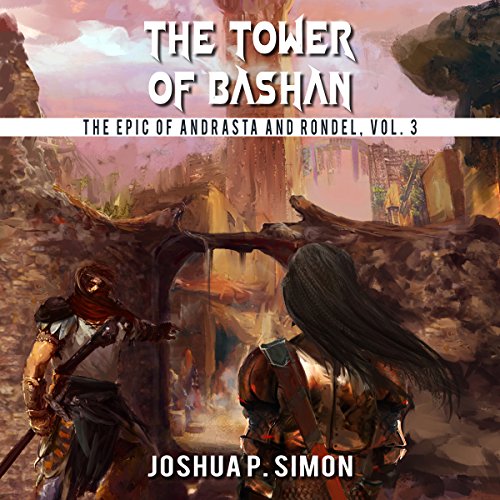 The Tower of Bashan

The Tower of Bashan

Her goal is in sight. His plan is in place. Those who force their hand will pay.

The journey to the Tower of Bashan has tested Andrasta and Rondel's partnership, threatened their friendship, and left them with a wealth of scars. After months of research and careful planning, the tower is now before them. They are confident that with the knowledge they have gained, they will defeat the guardians protecting the Jewel of Bashan within.

Their progress is halted when they discover that the entrance is no longer the same. With the tower taunting the pair and their plan useless, they take out their frustration on each other until a quick-witted, young girl gives them an idea on how to succeed. A new plan is formulated, creating political waves and upsetting the criminal underground.

They entered Bashan to steal a jewel, but they may just quicken a civil war.

The Tower of Bashan is the third standalone novel in the Epic of Andrasta and Rondel.