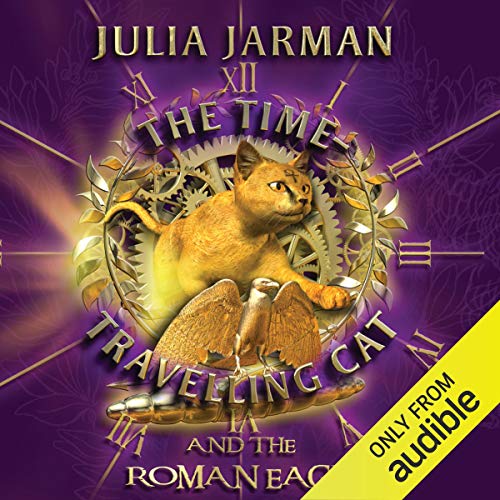 The Time-Travelling Cat and the Roman Eagle

By: Julia Jarman
Narrated by: David Collins
Try for £0.00

Ka, the time-travelling cat, has vanished again, leaving a clue, a Roman word on Topher’s computer - ‘Ca;;LLevA’. At first, Topher isn’t worried. Surely she’s safe among the cat-loving Romans? But when he follows her to Roman Britain, they’re both soon embroiled in conflict. As oppressed Britons fight the Romans, Topher faces a desperate choice - should he help his British brother or his Roman friend?

Another thrilling adventure for older children about Ka and Topher, from best-selling author Julia Jarman.