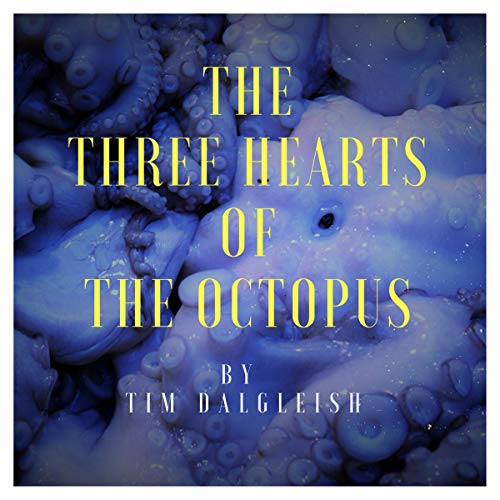 The Three Hearts of the Octopus

"We do not know. Anyone who says they do is a liar, deluded, wanting to delude or thinks the truth is a metaphor, a rock to hit you with...."

Provocative, thoughtful, beautiful, these essays have a directness and humanity that connects with our era. They are wide-ranging and include pieces on filmmakers, artists, and literary and historical figures such as director Ken Loach, contemporary artist Shelly Wyn-de-Bank, graphic novelist Alan Moore, screenwriter of Lawrence of Arabia Robert Bolt, writers George Orwell, Anais Nin, Arthur Koestler, and Primo Levi, and Victorian photographer Francis Meadow Sutcliffe.

This is an eclectic, surprising, and delightful collection that takes the listener on a path through grief, into existentialism, the humor of Ealing comedies, the power of the lost cities of Egypt, Hermeticism, sunlight, Shakespeare, oral history, and much more.

Tim Dalgleish's previous work includes numerous plays, two books of poetry, and his book Playing Macbeth: An Actor's Journey into the Role, which has been called a "Fantastic insider's account" and "Insightful, entertaining, a lesson in process of any kind, really honest assessments, beautiful language, authentic and alive.... [L]oved it", receiving five-star reviews on Amazon, Audible, and Reader's Favorite.

What listeners say about The Three Hearts of the Octopus