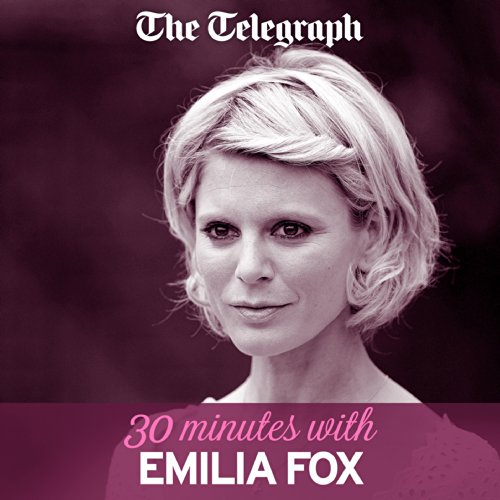 The Telegraph: 30 Minutes with Emilia Fox

By: The Telegraph
Narrated by: Emilia Fox
Try for £0.00

In the fourth interview in Audible and The Telegraph's 30 Minutes With... series, Emilia Fox talks to Matthew Stadlen about being part of an acting dynasty, how she started out and how she handles being ever in the media spotlight.

In this entrancing interview, Fox reflects on a decade as the star of Silent Witness and what it's like to first experience an real-life autopsy. Emilia Fox is a renowned star of stage and screen and has acted in film, television, and theatre. She also stars in one of the lead roles in The Child, an audio drama released by Audible in Summer 2014.

Matt Stadlen is an interviewer, broadcaster, and writer. He produced and presented the BBC’s Five Minutes With... interview series and the BBC's documentary series On The Road With... and writes frequently for The Telegraph.

The Telegraph has teamed up with Audible to produce a fascinating audio download series called 30 Minutes With. - The Telegraph

What listeners say about The Telegraph: 30 Minutes with Emilia Fox

I normally view her as reserved.

This was a lovely candid interview with Ms. Fox. I do normally see her in public as somewhat quiet and to herself, but was glad to hear her and the narrator getting on well. She's full of personality that I think we so rarely see. I absolutely love her on Silent Witness. The only downside is that I wish it had been longer.