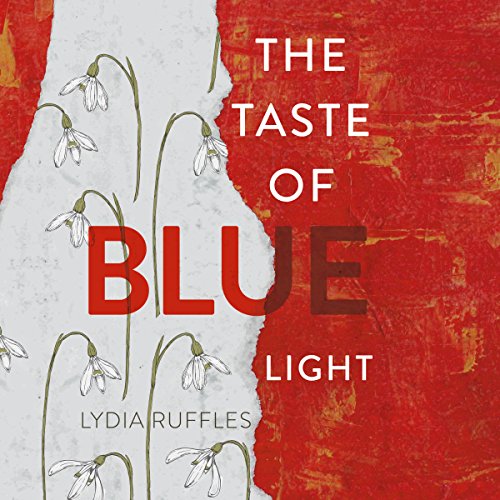 The Taste of Blue Light

'Since I blacked out, the slightest thing seems to aggravate my brain and fill it with fire.'

These are the things Lux knows: she is an artist. She is lucky. She is broken.

These are the things she doesn't know: what happened over the summer. Why she ended up in hospital. Why her memories are etched in red.

'The nightmares tend to linger long after your screams have woken you up....'

Desperate to uncover the truth, Lux's time is running out. If she cannot piece together the events of the summer and regain control of her fractured mind, she will be taken away from everything and everyone she holds dear.

If her dreams don't swallow her first.

What listeners say about The Taste of Blue Light

Where does The Taste of Blue Light rank among all the audiobooks you’ve listened to so far?

One of the best by far and I've listened to a lot of audio books.

Lux - her self insight was refreshing.

Which character – as performed by Tuppence Middleton – was your favourite?

Who can you trust when you can't trust yourself?

The Taste of Blue Light made me think, laugh, cry, snort, roll my eyes, and think some more. It's a book that stays with you in different, unexpected ways.

Protagonist Lux is such a vividly drawn character you'll want to hug her, shake her, and cheer for her in equal measure. I also found myself wanting to have a stern chat with her about some of her thoughts and choices, she's so believably human.

The lyrical prose and the unusual structure are a striking combination. This is not a book where the reveal is followed by a swift end, and it's all the more powerful as a result.

Without spoiling anything, I found the wintery scene in the London park particularly moving. It's one of many examples of Ruffles' talent for sharing what a character is thinking whilst there is an external dialogue happening. It's something everyone is likely to relate to.

The Taste of Blue Light is simultaneously a moment, a reminder, and above all, encouraging. Be warned though - it's one of those books you'll want to listen to in one sitting!

I'll be looking out for what Ruffles does next, and hoping for another instalment on Lux's life.

An intriguing story, very relatable for anyone with mental health issues

I loved this book! It started so quietly in a sort of ‘teenage memoir’ way but became something quite different, a thriller, but one that existed inside the protagonist’s head rather than around her. It was beautifully written with some gorgeous reflections from Lux, the main character.

I think that anyone who has been through some type of trauma or life changing incident, will find Lux’s experiences comforting. Ultimately it is a life-affirming story but honest too about how a person can be changed irrevocably by something outside their control.

Overall, I would warmly recommend this book to anyone looking for something a bit different, a page turner where you will become emotionally involved with the protagonist. I look forward to reading more from Lydia Ruffles!