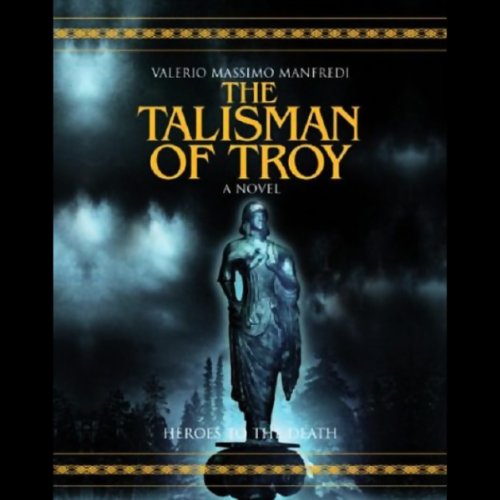 The Talisman of Troy

The Talisman of Troy

A castaway tossed onto a deserted beach is the last survivor of a world that no longer exists. He has a terrible, fascinating story to tell: the true reason why the Trojan War was fought.

The protagonist of this tale is Diomedes, the last of the great ancient Greek Homeric heroes, who seeks to return to his beloved homeland after years of war against Troy. But destiny has other plans for him. Betrayed by his wife, who plots to murder him, and persecuted by hostile gods, he has no choice but to turn his sails west, towards Hesperia, the mysterious mist-shrouded land that will one day be called Italy. He ventures boldly into this new world, for he carries with him the magic talisman of Troy, a mysterious, powerful idol that can make the nation that possesses it invincible.

The Talisman of Troy recreates the emotions of an epic age, at once grandiose and brutal. It breathes life into that tormented time when these ancient, mysterious peoples were first settling the land of ice and fire that over the centuries would become their home and the centre of a world destined to last for millennia.

A New Perspective on Troy

Original and exciting this story is a winner. The book follows the tragic stories of the Greek heroes after the fall of Troy