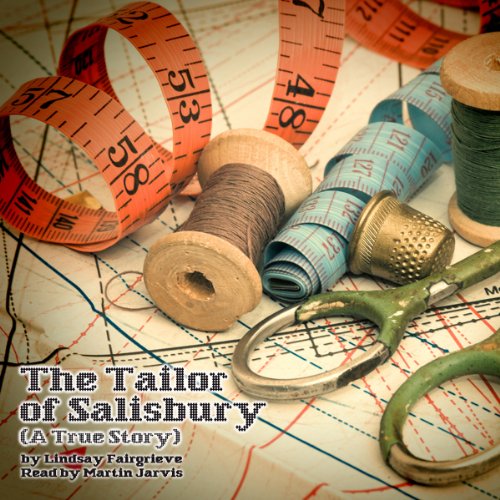 The Tailor of Salisbury

By: Lindsay Fairgrieve
Narrated by: Martin Jarvis
Try for £0.00

Re-released. Geoffrey James Hurford, a tailor who worked in Salisbury, England, was born in 1921 in Damerham, Hampshire, at a time when Crown Prince Hirohito, aged 20, had just been named Regent of Japan, when the cinema was erupting with excitement at the arrival on screen of Italy's most glamorous star, Rudolph Valentino, and when, in the United Kingdom, a 45-mile-to-the-gallon, brand-new Rover two-seater car could be bought for 230 guineas.

As a child, Geoffrey contracted osteomyelitis, a chronic bone infection, and subsequently spent several years in hospital undergoing traumatic operations. By the time he was 21, he voluntarily made the decision to have his leg amputated.

This fascinating account of Geoffrey's life - childhood, tailoring college, marriage and an extensive working career - is given a sensitive and humorous "talking head" performance by Martin Jarvis. It is an aspirational and entertaining true story of a tailor who, until his death in his early 80s, carried on working from the Dickensian tiny front room of his house in Salisbury's city centre.

What listeners say about The Tailor of Salisbury

Thoroughly enjoyed listening to this book

An impulse buy that I am very pleased to have found. The narration by Martin Jarvis is excellent . The story itself recalled many memories and was a delight to listen to.