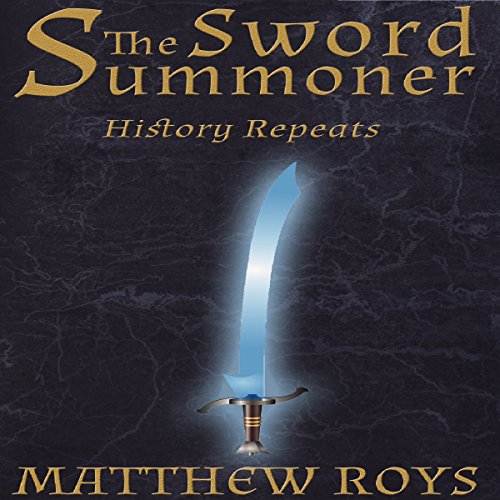 The Sword Summoner: History Repeats is a fun, action-packed reimagining of the fantasy genre based around a boy's struggle to free his mother after his city is attacked by monsters who kill and enslave everyone within.

Trey Sted is an ambitionless boy in his early teens who lives a boring life in a fantasy world that is quickly becoming a more ordered realm. When the city is attacked by monsters known as Forukks, only Trey; his friend, Billy Delb; and their insane classmate, Zak Malma, are able to escape.

Determined to save his mother whatever the cost, Trey travels the land to the mighty city of Onlasar to rally support against the Forukks. During the journey they are pursued by Forukks, captured by desert tribes, and forced into helping a young tribal princess flee her home.

The rest of the land has also been thrown into chaos by dark plans, and nothing is certain. When everything seems to be lost, Trey's true destiny is forced upon his shoulders.

What listeners say about The Sword Summoner