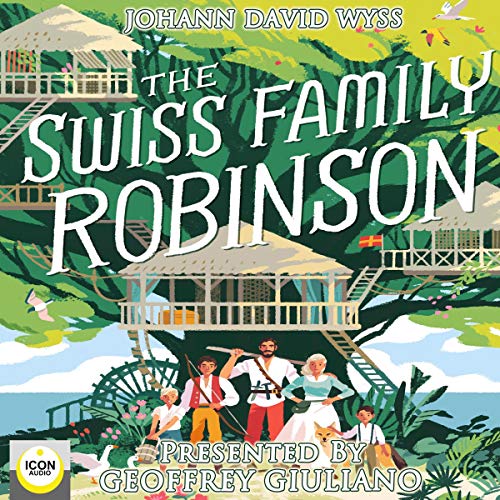 The Swiss Family Robinson is a classic novel by Johann David Wyss, first published in 1812, about a Swiss family of immigrants whose ship en route to Port Jackson, Australia, goes off course and is shipwrecked in the East Indies.

Upon reaching a nearby island, the family sets up a makeshift camp. William knows that they must prepare for a long time on the island, and his thoughts are as much on provisions for the future as for their immediate wants. William and his oldest son, Fritz, spend the next day exploring the island.

The book covers more than 10 years. William and older boys explore various environments and develop homes and gardens in various sites about the island. In the end, the father wonders if they will ever again see the rest of humanity. Eventually a British ship that is in search of Jenny Montrose anchors near the island and is discovered by the family. The captain is given the journal containing the story of their life on the island, and it is eventually published. Several members of the family choose to continue to live tranquilly on their island while several of them return to Europe.

Music by AudioNautix with their kind permission

Geoffrey Giuliano is the author of more than 30 internationally best-selling biographies, including the London Sunday Times best seller Blackbird: The Life and Times of Paul McCartney and Dark Horse: The Private Life of George Harrison. He can be heard on the Westwood One Radio Network and has written and produced more than 700 original spoken-word albums and video documentaries on various aspects of popular culture. He is also a well-known movie actor.

What listeners say about The Swiss Family Robinson