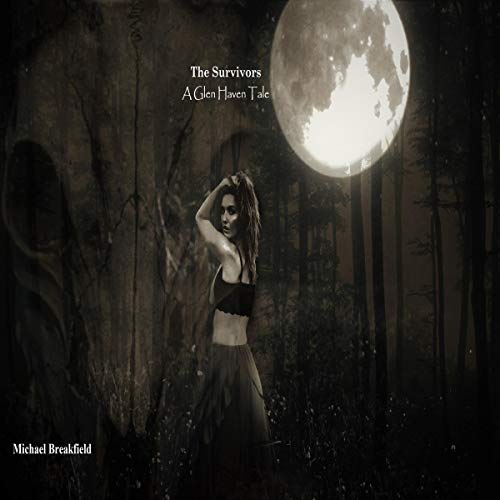 The Survivors: A Glen Haven Tale

The Survivors: A Glen Haven Tale

My story is about what happens if these survivors get together and decide they have had enough. The Survivors: A Glen Haven Tale is about Diana, Tesla, Anne, Cat, and Autumn - five women who have all lived through vicious attacks by a demented madman; five women seeking closure; five women seeking revenge; five strong women who team up, seek out the murderer that haunts a small East Texas town, and attempt to end his reign of terror, once and for all.

Capturing the monster is only the beginning. It’s what they decide to do next that will change their lives forever and may turn them into the very thing they have feared all along. As Friedrich Nietzsche said, “[S]he who fights with monsters should be careful lest [s]he thereby become a monster....”

The Survivors: A Glen Haven Tale is a thriller set in a small East Texas town which is shrouded in mysteries and haunted by the supernatural. It features a cast of strong, complex female protagonists. This tale is my love letter to the slasher/horror genre.

A twist on a classic throw back horror tale.

This is a classic horror genre 80's throw back love letter to those who love that era. My best friend wrote it. It is now read by an actress that was in John Wick 2. The character development and depth of this book is amazing. Please support my friend and this book. Download it using the link and enjoy. Pop it on during the horrible commute and forget traffic and indulge in a great story.
It has a twist no one has ever put on film or written about to my knowledge.

I picked this book out due to the summary. Really enjoyed the story and its take on the slasher genre. The voice acting starts out strong but gets somewhat choppy with long pauses and such the farther in. Still, great story!

Not for the squeamish...

As noted by the book summary and other reviewers, this story is strongly reminiscent of slasher horror movies from the 80s and 90s - lots of blood, gore, hedonistic and beautiful young people making questionable decisions, and a very creepy (and abnormally strong) bogeyman. If those elements tick off all your boxes and you are able to suspend disbelief, then you'll be interested in this story.

I liked hearing about each of the survivor stories, and how each of the heroines was affected by her trauma. Part way through the audiobook, I started noticing how often the author used repetition in his sentences (e.g., 'she unsheathed the knife from her sheath') and wished that they'd been caught during proofreading. But that's a minor thing. The main reason why I didn't give this story more stars is because there was confusion, not a conclusion, at the end of the story. This book is the first of a series but it doesn't really have an ending/resolution - you need to proceed to the second book so you can find out what happens next. By the end of this first book, you don't clearly know who/what the bad guy is; although the author starts to unwind an explanation/backstory, it's kind of jumbled and vague. We were also introduced to a male character, who I thought would become prominent plot-wise or else die horribly. Neither happened, so I suppose his story will develop in the next book. We're also unsure about the extent of secrecy/conspiracy in the local community, and I suspect this will be revealed in the next book as well. That's not necessarily a bad thing, for a series - it means that you'll have to read the next book to find out what happens next and what happened before. But...If you prefer each book in a series to be standalone, then you might get a wee bit frustrated about the ending in this story.

Unlike some of the other reviewers here, I didn't warm up to the narration at all. I increased the playback speed substantially because of the halting pacing and lengthy pauses. I also thought that her Southern Peach accent was too much. This narrator's voice was higher-pitched and she emoted. My personal preference is for alto-toned narrators (they seem to do a better job with male voices and it's easier to listen to this type of voice for long periods of time). It's a preference thing, so I respect that other reviewers liked her voice just fine as it was.

Overall alot of fun. Reminding me of favorites.

This was alot of fun for me. I am an avid horror lover and there were elements that reminded me of, or played to classic horror stories. I enjoyed all the classic horror themes thrown in. It played well with the overall horror theme of the story. This one, has survivors, which most rately do and a tough bunch of women they are. The narrator was pleasant enough, but her pauses were a bit to long. Several times I checked to see if I had hit pause, or stopped the narration somehow. Overall all, I have to give it a solid 4.5 stars across the board. I would like to hear more from this author!

The book may be goog, but the narrator takes long pauses after every sentence . That will drive you crazy! The narrator is talented except for the long pauses.

I recommend this book for 80’s horror lovers; needless to say I enjoyed it. It is the lives of 5 women whom had experience brutal torture by the Goatman in small town Glen Falls in Texas. The main characters are Tesla, Diana, Anne, Cat and Autumn, the victims and Ranger Emmitt Maverick FBI Special Agent Christoph Edison. It is a paranormal thriller and a surprise ending. Need the next book to find out what happens to Autumn and Edison. I was given this free review copy audiobook at my request and have voluntarily left this review. Thank you!

Really enjoyed the way the normal horror cliché was turned on it's head. Courtney did a good job of conveying all the right emotions and kept me engaged.
I was given this free review copy audiobook at my request and have voluntarily left this review.