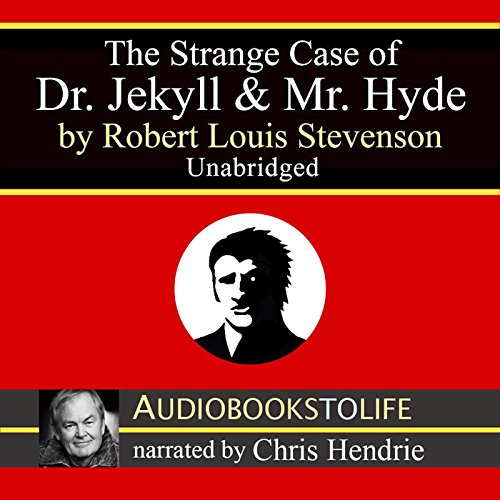 By: Robert Louis Stevenson
Narrated by: Chris Hendrie
Try for £0.00

In 1833, Robert Louis Stevenson, the superb Scottish writer, published the run-away best-seller, Treasure Island, which to this day, remains the best pirate book ever created! A year later Stevenson, bedridden and in a fever, woke up from an awful nightmare which so terrified him that he quickly penned The Strange Case of Dr. Jekyll and Mr. Hyde, published in 1886, another brilliant work about the life and death struggle between two opposing personalities - one essentially good, the other essentially evil - for the soul of one man. The kind and intelligent Dr. Jekyll concocts a drug intended to separate his good self from his evil self, and after drinking it, turns into a psychopathic monster: Mr. Hyde!

Stevenson, a writer of great skill and originality, compels us to feel the horror of Dr. Jekyll's duality as he stunningly captures the epic battle of Dr. Jekyll and Mr. Hyde! Read by Chris Hendrie, veteran actor from the classic horror movies Psycho II and Fright Night, Jekyll and Hyde is a thrill/chill journey that will capture your imagination in the best horror-classic tradition.

You are going to fast!

Would you try another book from Robert Louis Stevenson and/or Chris Hendrie?

What other book might you compare The Strange Case of Dr. Jekyll and Mr. Hyde to and why?

The narrator is going fast. Briskly for lack of a better word. I tried to slow it down to .75 speed but he sounds like a drunk. I wish he could slow down a 1/10 or 2/10. I believe that this audio book was recorded in pieces and pasted together. Like a commercial. There is no room to breathe in the telling of the story. There is no rhythm. I do not recommend this audio book to anyone until they fix this. The narrator must speak in such a way as if he is telling you a story side by side with you. Like friends. Not like he wants to tell you the story as soon as possible and leave. Ugh!