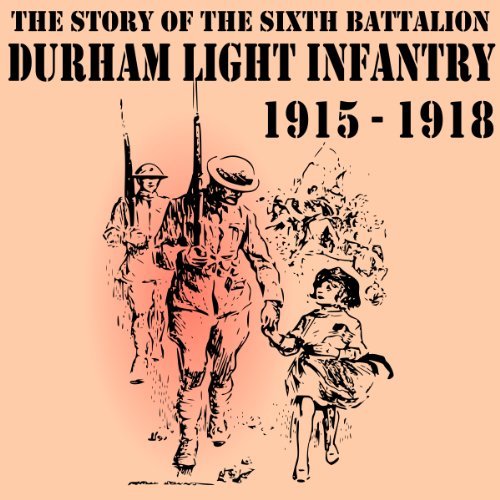 The Story of the Sixth Battalion Durham Light Infantry 1915-1918

By: R. B. Ainsworth
Narrated by: Felbrigg Napoleon Herriot
Length: 2 hrs and 7 mins
Categories: History, Military
4 out of 5 stars 4.0 (1 rating)

The Story of the Sixth Battalion Durham Light Infantry 1915-1918

By: R. B. Ainsworth
Narrated by: Felbrigg Napoleon Herriot

FNH Audio presents this unabridged reading of the heroic story of a territorial battalion mobilised and sent overseas into the bloodiest conflict the world has ever known. They fought with distinction at the Somme and Arras through some of the most terrible and wasteful of battles. In one three month period this battalion alone lost 1,200 men and sixty officers. That it survived until the end of the war was nothing short of a miracle.

This history was written by the battalions Adjutant in 1919. A winner of the Military Cross for his actions in the combat, he relates in this work the fighting spirit of the battalion with a truthfulness that only comes with having been there.