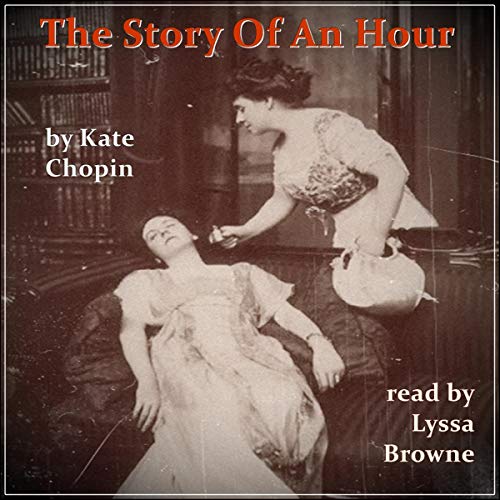 The Story of an Hour

The Story of an Hour

American author Kate Chopin's "The Story of an Hour" was written in April of 1894 and originally published in Vogue in December of that year. The title refers to the time elapsed between the moments at which the protagonist, Louise Mallard, hears that her husband is dead, then discovers that he is alive after all. The short story is a mainstay of feminist literary study.

Kate Chopin, born Katherine O' Flaherty (February 8, 1850 - August 22, 1904), was an American author of short stories and novels based in Louisiana. She is now considered by some scholars to have been a forerunner of American 20th-century feminist authors of Southern or Catholic background, such as Zelda Fitzgerald, and is one of the most frequently read and recognized writers of Louisiana Creole heritage. Chopin had a strong belief in the strength of women and their sexuality.

Lyssa Browne started performing in theatre when she was very young. After receiving a Bachelor of Arts degree in Theatre and Dance she moved to Seattle where she has performed in many area theatre companies. Lyssa's voice can be heard as many different characters in Nintendo and X-Box games, as well as the narrator of documentaries for the Discovery Channel and others.