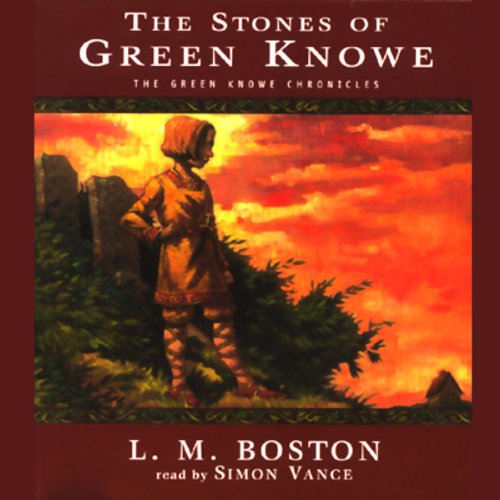 The Stones of Green Knowe

L. M. Boston's thrilling and chilling tales of Green Knowe, a haunted manor deep in an overgrown garden in the English countryside, have been entertaining readers for half a century. This is the sixth book in this classic series. While eagerly following each stage of the new stone manor house his father is building to replace their old wooden Saxon hall, a young boy, part Saxon and part Norman, becomes involved with ancient magic that carries him through time.
©1976 L. M. Boston (P)2006 Listen & Live Audio, Inc.
Children's Audiobooks Classics Scary Stories Action & Adventure Mysteries Science Fiction & Fantasy
Show More Show Less

"Magic and mystery combine....Boston is an effortless stylist and her magic seems as simple as breathing." ( The Washington Post)

What listeners say about The Stones of Green Knowe

Thank you for transporting me in to another world , back in time I went .

What a well written charming tale. Loved it. Everyone should read this one. Just the right amount or story, character development, detail, and charm to keep anyone enthralled .

A fitting end to a wonderful collection of stories

I really liked the narration of the story as well as for other books in the series. This story wrapped all the stories about different times told into a final package.