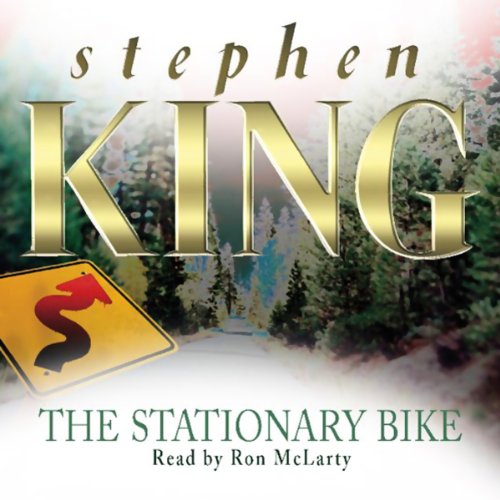 By: Stephen King
Narrated by: Ron McClarty
Try for £0.00

Climb aboard Stationary Bike, a streamlined fever dream of a tale, in which an ordinary household object assumes otherworldly powers and a familiar journey takes a terrifying twist. When commercial artist Richard Sifkitz finally gets around to having that physical he'd been putting off for years, and his cholesterol comes back dangerously high, he does what so many 30-something, junk food-eating couch potatoes have done before him: he buys a stationary bike, and vows to ride it regularly.

Unlike many a mid-life exercise convert, however, Richard actually starts to ride his new stationary bike. A lot. Soon he's spending so much time on his bike that he decides to put his artistic talents to use and paint a mural on the wall opposite his stationary bike. But it turns out that Richard's mural is no ordinary picture — and soon his stationary bike is taking him places he doesn't want to go...and can't stay away from.

"As artful as anything he has ever written." ( Booklist)

What listeners say about The Stationary Bike

A little bit mad but fun to listen to

An enjoyable book to listen to. And an eye opener but not in the way you would think

Loved it. Will listen to this one again for sure. Definately as good as any previous King short story but would have been even better if he had been reading it.

I liked this. Its not classic horror SK, but its an interesting concept - can only come from the imagination of Mr King. I found that if I listened carefully and tried to put away the expectations of 'normal' SK fare, I related to the story, and was intrigued and involved in it. Narrator also good, and all in all, I found it absorbing.