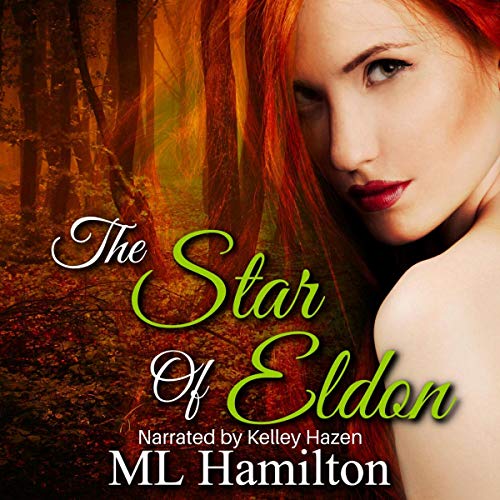 The Star of Eldon

The Seven Protectorates have enjoyed years of peace under Tav’s leadership, but a growing worry has surfaced. What about the land beyond Loden’s border? Where once there had been overtures of trade, now there is nothing.

Tav decides to send a diplomatic expedition to reestablish contact, but who should go?

Adventure runs in the blood of Tash’s children, especially in his headstrong daughter Shara. Shara wants nothing more than to be part of the expedition to Nevaisser, but her father will never agree. He fears for her safety, but a rash decision on his part takes the choice out of his hands and sets up a chain of events that will have far-reaching consequences.

Nevaisser is a land teeming with conflict, and at the heart of it is a mysterious stranger, hiding secrets that will test the alliance of the Seven Protectorates. A journey begun to protect Loden may result in tearing it apart.

Continue the adventure with the third installment in the World of Samar series.

What listeners say about The Star of Eldon

I loved this book, I highly recommend. Great storyline and amazing characters. Kelly Hazen is an awesome narrator. ❤️🤩💕🥰

I was voluntarily provided this free review copy audiobook by the narrator and found it to be my favourite of the series so far.  Kaimeron's grandchildren manage to get into as much trouble as he did, but they walked into it with eyes wide open.  A diplomatic expedition is sent out of Loden with all the brightest heirs of the Seven Protectorates including the some of children of Tash and Tav.   The journey turns out to be more than anyone expect, as they reach a country on the verge of war and a society very different then their own.   When a pair of wanders appear of the forest to help them, none of them realize what fate has in store for them.  The author has a special talent to create characters and stories that feel real even in fantasy world and the narrator brings every story to life.   Looking forward to book 4.

Tab has been an amazing leader. Unfortunately things are happening that can displace this. Ms Hazen is a superb narrator who makes the story come alive.

A striking third installment in the series...:)

I admit I was reluctant to start listening to this one... Why? Cause I knew that I wouldn't be able to stop once I started...:) I was right... As with book two, we again jump forward in time - and again, it's the next generation's adventure:) And it's also time for a woman to be really the main focal point of the story:) It's Shara who is the core everything turns around; she's the beginning and the end, the reason for events to happen the way they happen, she's the stone that causes the avalanche... whether she wants it or not :) And it's thanks to her that we get to know one of the best characters in the series so far - Talar really does steal your heart; not because of his looks, not because of his mysterious past but because of his strength of character and unexpected kindness and vulnerability... They both make a wonderful pair of main characters, the ones for whom you want to read the story, the ones for whom you keep your fingers crossed. And there's also Talar's companion - I admit, he crept into my heart like a thief, through the back door, and wouldn't leave...:) The plot is as fast paced as in the previous books, and there are enough twists in the tale to make you bite your nails. But the real strength of the book this time lies in the description of the emotional strain the characters go through, the slow build-up of tention that we know must blow up with horrific consequences... and when it finally does we realize it has only put in motion even more emotionally loaded events and that we're only half way through the book:) As usual, Ms Hazen does an excellent job with her interpretation of all the characters. The voices she gives them match them perfectly, match their personality and bring them truly to life. She is especially good at conveying the characters' emotions - I think I've already mentioned it once or twice before in my reviews:) I just can't wait to listen to book four in her interpretation :) DISCLAIMER: I was given this free review copy audiobook at my request and have voluntarily left this review.

M. L. Hamilton continues building the World of Samar in a realistic and deliberate manner. Tying each of the books together with her ability to connect characters in such a way that there is continuity. Her prologues connect the stories together and her epilogues build connections and reveal teasers to the next book. This is an epic novel and one that will keep you listening! The premise of this book is an expedition to Nevaisser to see why there is no more communication and whether they can extend the boundaries of Loden. While Tash and Tav have led the land of Loden well, the next generation is going to be as adventuresome as they themselves were in their younger age. Although Tash and Tav are settled down, adventure runs in their blood and now reside in their children. All their children, including the head-strong, naïve, opinionated Shara is planning to join the ‘diplomatic’ expedition to Nevaisser. What no one anticipated was how deadly this journey would be and how ill-prepared they all were to make it. No one saw what was coming or how the journey would end. What started off as an exploration and diplomatic mission turns Loden upside down! Hamilton takes each character and develops them as the adventure unfolds; the seamless growth of each character is through the adventures they face. Mix in a new mysterious stranger and his traveling companion, a belief structure that condemns all women to being a ‘resource’ and an egotistical, childish, mean-spirited suitor and you have an adventure that will keep you hooked. Hamilton takes her time as she continues to create the World of Samar in a realistic and deliberate manner. Vivid in her descriptions, she also gifts each character with realistic and rich dialog. I appreciated her deliberateness and thoroughness. There were plenty of twists and they were humdingers! I appreciated too the time she took in demonstrating the parent/child relationship, the lead up to the issue and finally the consequences. All too often authors do not take their time in handling this and thus the listener is left to assume things that may contradict character growth or plot issues. Hamilton’s ability to tell a story is excellent. Kelley Hazen, the narrator, as always performs this book with skill. There are times when you can tell when the narrator is just telling the story or acting it out. Her talented voice is versatile and captivating. Hazen becomes the characters and it is clear that this is more than a story through her voice – it’s as if she has become the characters and is in their world. An excellent team, if Hamilton has not already drawn her listeners in to the World of Samar through the story itself then Hazen captures them with her voice and acting talent. There were no issues with the production or quality of this audiobook. The sound was clear and well done. Disclaimer: This Audiobook was provided free of charge by the author, narrator, and/or publisher in exchange for a non-bias, honest review.