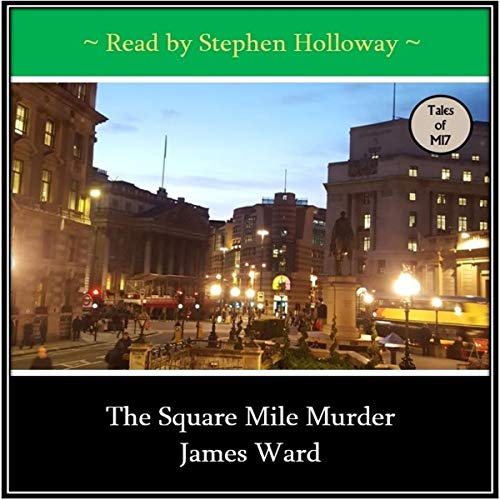 After a chance skirmish with an armed killer in central London, agent John Mordred ends up in hospital in a critical condition. Six weeks and a full recovery later, he’s persuaded it’s purely a police matter, so one he should forget about.

But nothing in MI7 is ever that simple. There’s more to this particular incident than meets the eye, and unnamed people in high places want it investigated. They believe Mordred’s the man for the job.

Add to the mix five missing IMF officials, the kidnapping of a top British financier in Venezuela, evidence of a related cover-up in Whitehall, a young and unpredictable London Lord Mayor with acute delusions of grandeur, plus - most bizarrely - persistent rumors of local UFO sightings, and things threaten to spin radically out of control.

Suddenly Mordred’s life is on the line again. This time, alongside those of innumerable others. And it’s him versus the clock.

What listeners say about The Square Mile Murder