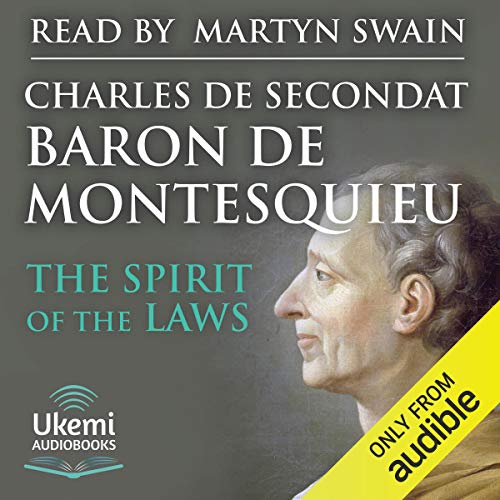 The Spirit of the Laws

The Spirit of the Laws

From the moment of its publication in 1748, The Spirit of the Laws proved to be a controversial work provoking widespread interest.

Within three years it had been translated into various European languages - and was swiftly added to the List of Prohibited Books by the Roman Catholic Church. It is a remarkable book, a potpourri of observations and comments ranging far and wide over the social activities of mankind, and it exerted a great influence on political leaders in the following decades.

For over 20 years, Baron de Montesquieu (1689-1755), a French landowner and polymath of the Age of Enlightenment, compiled his work, casting an interested and unfettered eye over classical Greece and Rome, over his own times, and over the historical bases of customs across the world, from Europe to the Middle East as far as China and the Far East.

His purpose was to look at the governments of countries and to consider how and why they were governed, and the different results that ensued within different systems. He questioned how these democratic, despotic or monarchical structures and institutions affected the lives of the people, comparing the laws that protect and the laws that constrain.

He evaluated the morals and traditions that prevailed and the individual freedoms that differing societies allowed while analysing how power in government was divided between the legislative, the executive and the judiciary. Having read widely and voraciously, he brought under his purview a mass of social, historical, theoretical and anthropological detail which, even today, is entertaining, fascinating and absorbing.

He considered not just the way tradition, religion and laws fashioned society but even the effects of climate and geography. De Montesquieu's topics included Alexander the Great, the condition of women, corruption, slavery, civil law in France, English politics, Feudal laws among the Franks, taxes, the Lombards, the Huns, Charlemagne, Plutarch, despotic rule in Japan, marriage habits, attitudes to family and family law in different countries, with evidence ranging from Lacedaemonian magistrates to the West Indies.

The Spirit of the Laws is a remarkably colourful document that shaped the views of many lawmakers in the following decades - among them the founding fathers of the United States - with its essentially liberal and humane outlook on life and mankind. Not so well known in the 21st century, it is a true gem awaiting rediscovery and is read with great clarity by Martyn Swain.

As with all of Ukemi's audio productions, this edition of "The Spirit of the Laws" is superbly crafted! Martyn Swain's performance in reading the text is excellent; he maintained a proper cadence throughout the reading of this lengthy treatise. This, and the meticulous attention given to the technical aspect of the production, made this a very pleasant listening experience!