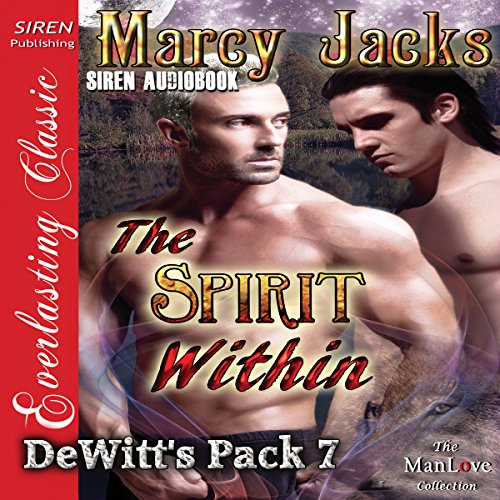 Alpha werewolf Eric Martin was killed in battle, but that hasn't stopped his spirit from mating with the medium vampire Ivan Belekoff. Eric is not the only spirit Ivan can see and touch, and the other spirits are constantly attacking him for possession of his body, until Eric becomes Ivan's protector and battles them off. Soon, their arrangement brings out Eric's guilt. He is dead. He had no business mating with Ivan, and when a new medium arrives, offering to teach Ivan how to control his power, Eric is faced with the decision of moving on to the other side. Ivan does not want Eric to go. He still needs the other man more than anything, and he doesn't care if that's selfish. Eric must soon decide if true peace lies in death, or in the arms of his lover, before the new medium sacrifices Ivan's soul to the gods.

What listeners say about The Spirit Within

Probably my favorite book in the series. These are brain candy so don't expect anything crazy.