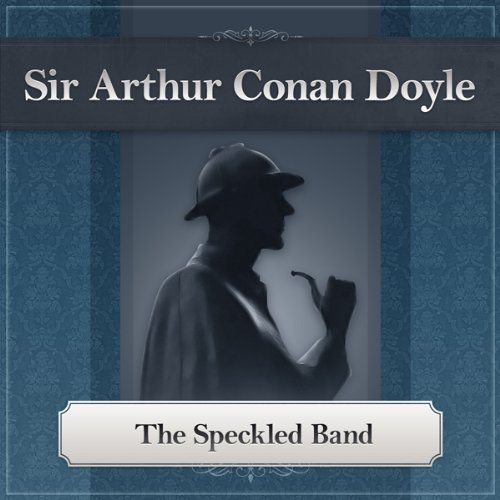 By: Arthur Conan Doyle
Narrated by: Deaver Brown
Try for £0.00

The Speckled Band is one of 56 Sherlock Holmes short stories written by Scottish author Sir Arthur Conan Doyle. The story first appeared in The Strand Magazine in 1892 with illustrations by Sidney Paget.

Doyle agreed with Holmes fans that The Speckled Band was his best Sherlock Holmes story. The narrative moves along at a rapid pace, with Holmes making his many witty and spot-on points based on evidence that only Holmes could deduce. Rationalists love this story because Holmes admits he was on the wrong track about the situation but allowed new facts to guide him in a new direction. Doyle was a doctor himself and much like Dr. Watson in many ways. Holmes was modeled after an associate of Doyle’s whom he had great admiration for. Doyle has fun with the closed room mystery that isn’t so closed! This is the Holmes story to start with.

As with all Simply short stories, you should enjoy the ideas put forth in the introduction and afterword: things to think about, or write about if you are a student. A brief biography appears in all of our Arthur Conan Doyle audiobooks.

What listeners say about The Speckled Band

Sorry, Audible, but I'm writing my first-ever negative review. I wonder what kind of vetting is done at Audible re: readers? At least to see if they're professionals? Several versions are available of the Holmes stories, and I enjoy having some of them in my library as easy-access singles. Somehow, I ended up with this grating, American voice who seems to be reading to himself and not enjoying it very much, at that. Lesson learned: check the "sample" before ordering. Wow.