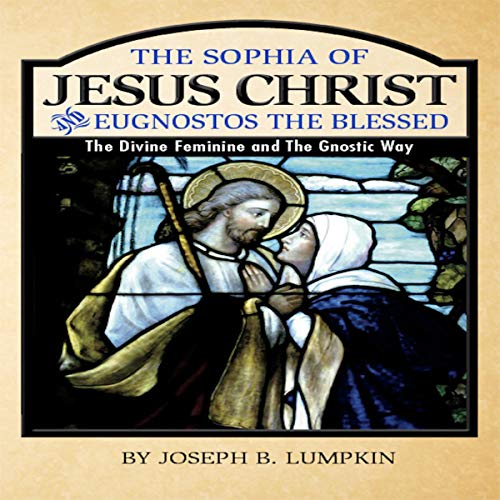 The Sophia of Jesus Christ and Eugnostos the Blessed

By: Joseph B. Lumpkin
Narrated by: Tom Prodehl
Try for £0.00

Presented here are the books of The Sophia of Jesus Christ (also called The Wisdom of Jesus Christ) and Eugnostos the Blessed with extensive commentary on the ancient texts, Gnosticism, and the Divine Feminine. Gnosticism holds a special and unique place in the formation of Christianity. The theology presented by the Gnostics demands a balance of male and female "energies".

In this book, we will explore Gnosticism and the Divine Feminine through the lens of two great Gnostic texts. We will see the influence of Gnosticism and how their idea of the Divine Feminine effected orthodox or mainstream Christianity. The treatise of Eugnostos the Blessed (50-150 AD) and the gospel called The Sophia of Jesus Christ (50-200 AD) are presented together in a single volume, due to their close and undeniable connection. In fact, one borrowed heavily from the other. The Sophia of Jesus Christ, also called The Wisdom of Jesus Christ, seems to be a later and Christianized version of Eugnostos the Blessed, a non-Christian Gnostic text.

Gnosticism is complex and deserves explanation in order to better understand the texts. Extensive history, background, and commentary are provided in order to reveal the inner working of Gnosticism, the place of women in their theology, and how Gnosticism influenced the Christianity of today.

Copy of another Joseph Lumpkin book

Text is an exact copy of The Gnostic Scriptures: History, Theology, and the Sacred Feminine, also by Joseph Lumpkin but with a different narrator. You may prefer Tom Prodehl, if you didn't match with Dennis Logan, however don't bother if you've already read the above mentioned book.