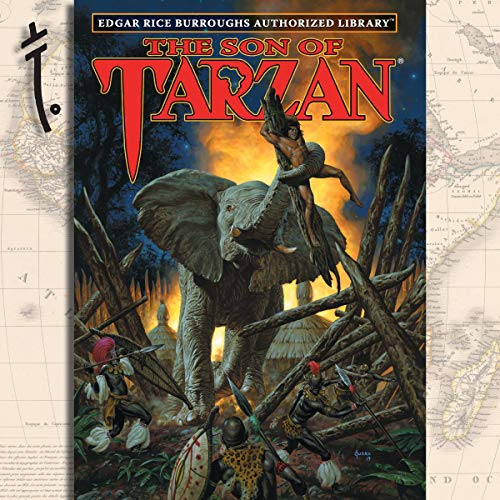 By: Edgar Rice Burroughs
Narrated by: Ben Dooley
Try for £0.00

The Son of Tarzan is Edgar Rice Burroughs' fourth novel in the Tarzan series. First serialized between 1915 and 1916 in All-Story Weekly, it was published as a novel in 1917. Narrowly surviving his encounter with his enemy Tarzan in The Beasts of Tarzan, Alexis Paulvitch has a score to settle. He lures Tarzan's son Jack away from London and captures him, only to have Jack escape into the jungle that Tarzan once called home.

With the help of an ape named Akut, Jack soon finds his place among the great apes, as his father did before him. But after rescuing the beautiful young woman named Meriem, the disaffected young man and the mistreated young woman must learn to live and love together in the dangerous jungle.

What listeners say about The Son of Tarzan

One of the best in the series!

Great book. Enjoyed the variety. Tarzan is side-stepped for the bulk of the story. Jack takes the lead in this one.