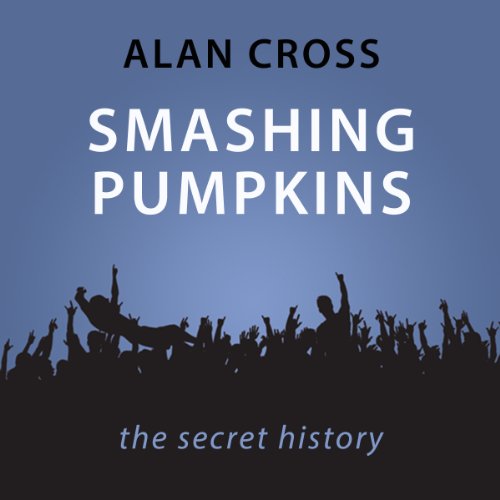 Just as the story of Nirvana always begins with Kurt Cobain, the story of the Smashing Pumpkins always begins with Billy Corgan. In this episode of The Alan Cross Guide to Alternative Rock, the Canadian music critic and radio broadcaster takes listeners back to the origins and rise to fame of the Pumpkins, when Corgan took up the mantle of "unhappy post-punk fuzz rock" after Cobain's suicide.

In his rapid-fire yet infinitely listenable delivery, Cross reveals little-known facts about the band as well as a complete survey of the history and sound of the Pumpkins. Cross is clearly passionate about sharing his love of music. He writes, hosts, and produces his long-running syndicated radio program The Secret History of Rock.

In this new audiobook, broadcaster and music writer Alan Cross narrates the definitive history of The Smashing Pumpkins. Cross succeeds once again in revealing the fascinating history behind the music in the same compelling way we've come to expect from his long broadcasting career.
©2009 Alan Cross (P)2009 HarperCollins Canada

What listeners say about The Smashing Pumpkins