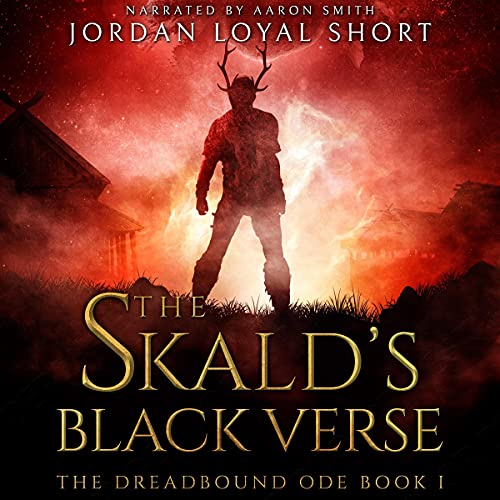 Grimdark fantasy with a sci-fi twist!

An isolated village. Conquered by another world. Haunted by a hidden evil. When a soldier’s grisly murder sparks unrest in the tiny hamlet of Skolja, Brohr’s past marks him as the prime suspect. On the run from the Tyrianite Legion, he uncovers an unthinkable secret about the raging spirit that haunts him, and the pact his grandfather struck long ago.

Soon, a dire omen appears in the sky and the hunt for Brohr intensifies. While the brutal occupation of his village devolves into bloodshed, Brohr must unlock the secret magic in his blood and lead the Norn in a last-ditch rebellion.

Behind it all an ancient horror pulls the strings of conqueror and conquered alike. Can Brohr untangle the hidden plot and unite his people before disaster rains down from the sky above?

What listeners say about The Skald's Black Verse

I love a good story

To illustrate my review, one chapter that I fondly remember has scenes of a hidden person overhearing evacuation plans, a tense knife throwing competition in a old pub, and a tall creature on a pier. [If that doesn’t interest you, please put down your phone, go look in the mirror, and commit to being a fun person.] The story combines equal parts deep character development, an engrossingly unusual world, and a masterful plot. I love a good story.