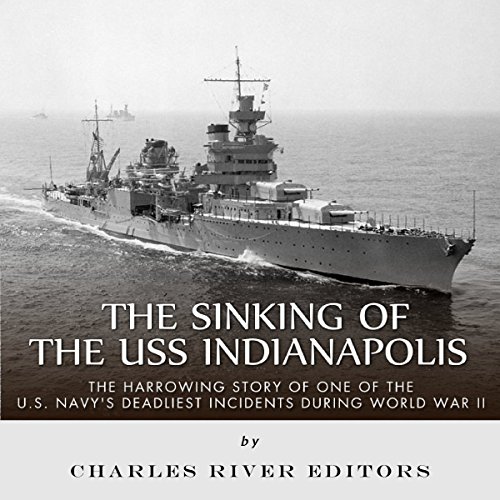 The Sinking of the USS Indianapolis

"I awoke. I was in the air. I saw a bright light before I felt the concussion of the explosion that threw me up in the air almost to the overhead. A torpedo had detonated under my room. I hit the edge of the bunk, hit the deck, and stood up. Then the second explosion knocked me down again. As I landed on the deck I thought, 'I've got to get the hell out of here!'" - Dr. Lewis Haynes

The United States lost hundreds of ships during the course of World War II, from the deadly explosion of the USS Arizona during the attack on Pearl Harbor to the sinking of John F. Kennedy's PT-109, a patrol boat with a crew of less than 15. However, few of the ships lost in the Pacific suffered a fate as gripping or tragic as the sinking of the heavy cruiser USS Indianapolis on July 30, 1945. The USS Indianapolis had been launched nearly 15 years earlier, and it had already survived kamikaze attacks while fighting the Japanese. In July 1945, the cruiser and its crew of nearly 1,200 delivered parts for the first atomic bomb to an air base at Tinian, but due to a chain of events and miscommunication, the cruiser veered into the path of a Japanese submarine shortly after midnight on July 30. Torpedo attacks sank the ship within 15 minutes of the encounter, and about 300 men went down with the ship, but unfortunately, the trials and tribulations were just starting for the survivors. After the call to abandon ship and distress signals were sent out, nearly 900 men found themselves in the water, but the Navy remained unaware of the fate of the Indianapolis, so the survivors would end up spending over four days adrift at sea.

What listeners say about The Sinking of the USS Indianapolis

classic story but just a very weak book. narration was ok at best. at least it was short.