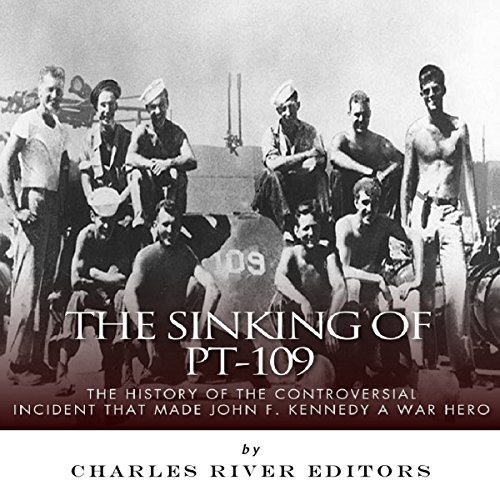 "There's nothing in the book about a situation like this. A lot of you have families, and some of you have children. What do you want to do? I have nothing to lose." (John F. Kennedy after the collision with a Japanese destroyer)

On the night of August 1, 1943, and in the early morning hours of the next day, one of America's many patrol torpedo boats in the Pacific, PT-109, with her crew of 12 men, was performing its usual role in the Pacific Islands: a night patrol of the Blackett Strait in search of enemy convoys transporting large numbers of Japanese troops to Southern Guadalcanal and other strategic locations. However, on this dark, moonless night, PT-109, with its engines idling to avoid creating wake, was severed in two by a collision with a Japanese destroyer, the Amagiri. With only seconds to respond after sighting the destroyer, the crew was unable to get the boat out of the Japanese destroyer's path, and it's unclear whether the Japanese destroyer even knew the other boat was there. While the destroyer suffered minimal damage, two crew members on PT-109 were instantly killed, and the other 10 who initially survived would have to struggle for their lives. In many ways what happened following the collision is remembered better than the actual sinking, in part because the survivors' tale was so harrowing, and their survival was marked by their own bravery. Though the role and effectiveness of PT boats continues to be a topic of debate, the crew's survival is a story of undisputed valor and providence. Of course the story's association with a future president never hurts, and like so much of John F. Kennedy's life, the PT-109 incident is controversial.

What listeners say about The Sinking of PT-109