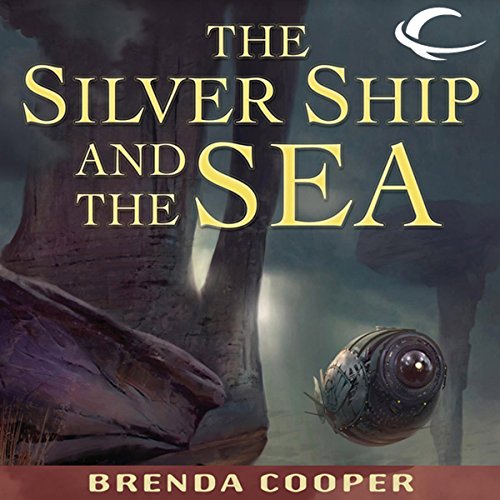 The Silver Ship and the Sea

The Silver Ship and the Sea

The colony planet Fremont is joyous, riotous, and very wild. Its grasses can cut your arms and legs to ribbons, the rinds of its precious fruit can skewer your thumbs, and some of the predators are bigger than humans. Meteors fall from the sky and volcanoes erupt. Fremont is verdant, rich, beautiful, and dangerous. Fremont’s single town, Artistos, perches on a cliff below rugged mountains. Below Artistos lie the Grass Plains, which lead down to the sea. And in the middle of the Grass Plains, a single silver spaceship lies quiet and motionless. The seasons do not dull it, nor do the winds scratch it - and the fearful citizens of Artistos won't go near it.

Chelo Lee, her brother Joseph, and four other young children have been abandoned on the colony planet. Unfortunate events have left them orphaned in a human colony that abhors genetic engineering - and these six young people are genetically enhanced. With no one to turn to, Chelo and the others must now learn how to use their distinct skills to make this unwelcome planet home - or find a way off it. They have few tools - an old crazy woman who wanders the edges of town, spouting out cryptic messages; their appreciation and affection for each other; a good dose of curiosity; and that abandoned silver space ship that sits locked and alone in the middle of the vast grass plain.

What listeners say about The Silver Ship and the Sea

I will admit I am in my early twenties, and am rather undecided what paths to follow in the real world currently. Perhaps this adds another layer of empathy to the tale.

I read reviews on this book after listening to it, and not all were positive. The story jumps in at a point in history where what happened in the previous few decades was very important. And throughout the story those past events have huge implications for the protagonist, Chelo, and her friends.
It is not just a childish adventure that occurs in this story, the morals and thinking that go into the story at every corner keep ones brain working over, even if the storyline is "slow" through the middle half. Add to that the vibrant descriptions of the world they live in, and there is absolutely no doubt you will be firmly positioned inside the protagonists head, and feel strong empathy for the group.
Human ethics and tested loyalties keep us thinking continuously about what is happening, and decisions made by characters, so if the vivid scenery and storyline aren't good enough for you, the thinking it encourages perhaps might.
Lauren Fortgang is not impeccable in narration, but very personal, and easy to empathise with.
The story is not a standard one, but moved me very much, and saddens me 3 days later, as I write this review, at the same time as buying the sequel.

I gave up on this after a while because, whilst the setting and so on are quite intruiging, the plot moved at a really slow pace and I ended up just getting bored. I eventually wiki'd the plot and found I'd made it to 2/3rds of the way through and nothing really happened in the rest of the story either.

Young Adult - Yet not lacking substance

Normally I steer clear of the 'young adult' genre, but this book delivered where it counted.

The story revolves on a young colony planet struggling to recover from a war of near genocide. Cooper details the struggles and lives of the six remaining survivors as they near adulthood. My only complaint is that some of the characters are very one sided. Luckily this is offset by the main characters who truly evolve throughout the book and series.

Lauren Fortgang's narration was great, and I have no complaints.

It is important to realize the main story arch isn't resolved until the end of book 2 in this series, you'll definitely want to get the second book if you like the first.