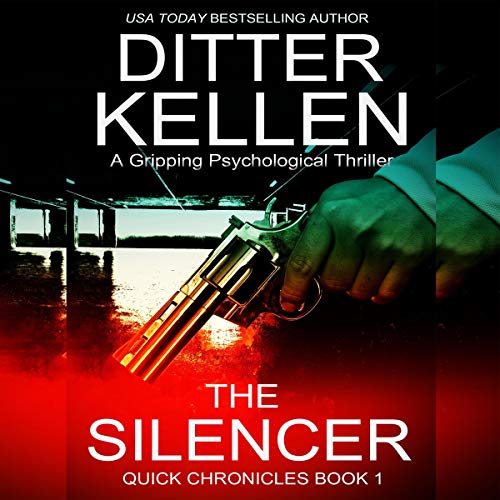 The Silencer (A Gripping Psychological Thriller)

Six bodies. Two serial killers. And a profiler with nothing left to lose.

Some demons refuse to stay buried. Especially when it's personal. Former FBI profiler, Oliver Quick, has spent the past six years obsessed with catching a serial killer known as the Silencer. But the trail’s gone cold.

Until the FBI asks for his help on a case involving a mutilated woman found beneath the pier of a local tourist attraction.

The chase is on, with Oliver hunting not one but two serial killers. The Silencer is back, and he’s toying with Quick.

Oliver finds himself trapped in a deadly game of cat-and-mouse with one of the most notorious serial killers to ever live. Will he finally catch the Silencer and put his demons to rest, or is the Hunter about to become the Hunted....

Warning! This book contains triggers that some might find difficult to listen to. Purchase with caution.

What listeners say about The Silencer (A Gripping Psychological Thriller)

Loved the story. Held my attention fully. Hated the narrators attempt at voicing the characters.