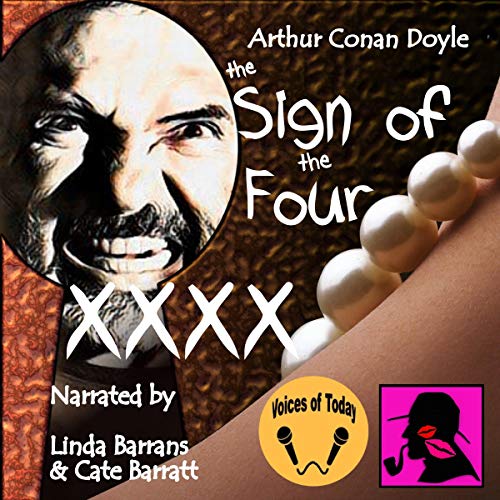 The second of four novels by Sir Arthur Conan Doyle featuring famed detective Sherlock Holmes, The Sign of the Four is set in London but has its origins in colonial India. Four men in Agra make a pact to share the proceeds of a stolen treasure, but they are deceived by a fifth, who finds and takes the loot back to England and hides it. A decade on, young Mary Morstan receives the first of several lustrous pearls in the post - a mysterious gift delivered to her on the same date for several years. She finds her way to Holmes' apartment on Baker Street to seek his advice after receiving a letter from a stranger, instructing her to go to the Lyceum theatre to learn something to her benefit.