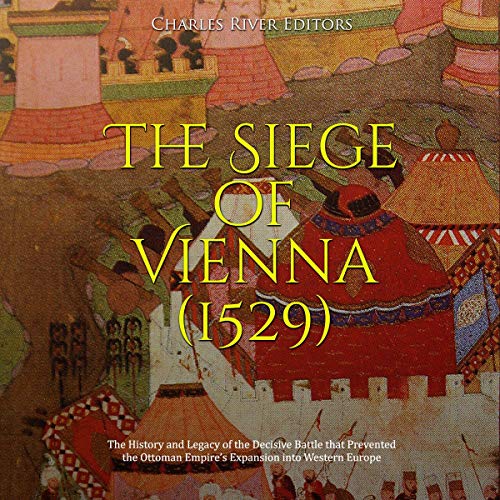 In terms of geopolitics, perhaps the most seminal event of the Middle Ages was the successful Ottoman siege of Constantinople in 1453. The city had been an imperial capital as far back as the fourth century, when Constantine the Great shifted the power center of the Roman Empire there, effectively establishing two almost equally powerful halves of antiquity’s greatest empire. Constantinople would continue to serve as the capital of the Byzantine Empire even after the Western half of the Roman Empire collapsed in the late fifth century. Naturally, the Ottoman Empire would also use Constantinople as the capital of its empire after their conquest effectively ended the Byzantine Empire, and thanks to its strategic location, it has been a trading center for years and remains one today under the Turkish name of Istanbul.

In the wake of taking Constantinople, the Ottoman Empire would spend the next few centuries expanding its size, power, and influence, bumping up against Eastern Europe and becoming one of the world’s most important geopolitical players. It would take repeated efforts by various European coalitions to prevent a complete Ottoman takeover of the continent, and one of the most important battles among those efforts took place at Vienna in 1529.

At the time, the Ottomans were led by one of their most famous sultans, Suleiman the Magnificent, and different chroniclers have analyzed Suleiman's behavior in different ways. There is a plethora of opinions as to his motives for attempting the takeover of Vienna, a well-guarded city far away from his empire's center. Had he intended to conquer the whole of the Holy Roman Empire? Had he intended to strengthen his borders? Had he acted in accordance with King Francis I’s needs in the West? No matter the reason, Suleiman did not halt in his advances, despite the fact circumstances were not favorable for the Ottomans. The summer rains had already begun when he set out for Vienna, making most of the roads inaccessible both for cavalry and moving the heavy pieces of artillery needed for a successful siege. The camels brought from Anatolia proved too sensitive for the cold, constant rain and died in large numbers, and many of the soldiers shared the same fate.

By the time they arrived around Vienna in late September, the Ottoman forces were heavily depleted, and many siege armaments had been left behind when stuck in the mud. The population of Vienna had seen the enemy coming, giving them plenty of time to reinforce, strengthen, and prepare. When they launched the siege, the Ottoman forces lacked conviction, making it easy to fight back during the initial attacks. After making no real progress, the soldiers lost their motivation when the weather took a turn for the worse shortly into the siege. Suleiman's supply of food and water diminished, and the troops were close to mutiny. In a final “all or nothing” attempt, the Ottomans attacked with all the strength they had left, trying to break Vienna's fortifications, which refused to yield. Suleiman accepted defeat, gathered his men, and returned to Anatolia. The hasty departure from Vienna resulted in the loss of heavy armaments, as well as troops and prisoners in the heavy snowfall.

Modern historians speculate as to why Suleiman persisted with the siege even though the Ottoman forces were evidently weaker than the forces in Vienna upon their arrival. As an experienced, strategic warrior, it is most likely he realized his disadvantage and the full scale of his potential losses. It was also probable that the last burst of attacks was merely a means with which to weaken the city walls for a future siege.

What listeners say about The Siege of Vienna (1529)