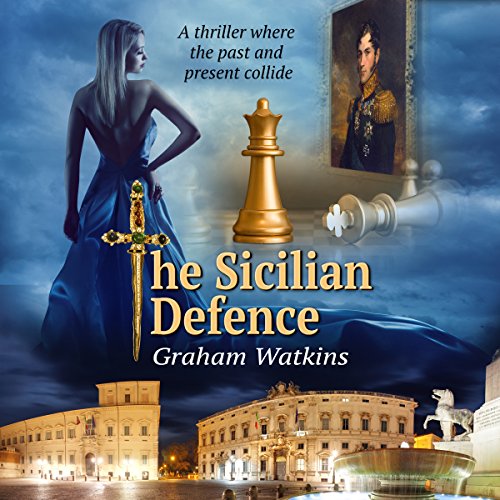 The wealth of the De Lucas depends on American heiress Madison. Her husband, Mauro, Conte De Luca is determined to get his hands on her inheritance whatever the risk. This is the story of a noble Sicilian family with a dark history, of greed, suspense, betrayal and murder.

Newly married, Madison De Luca flies into Sicily unaware of the evil that surrounds her, an innocent oblivious of the danger she's in; a pawn in a deadly game. The De Lucas, once the cream of Sicilian aristocracy and the friends of kings, inhabit a decaying palace, a time capsule of crumbling opulence, surrounded by poverty. Her new home, Palazzo De Luca, a dark and decrepit place filled with evil. - Slowly, as Madison is ensnared in a wicked web of deceit, the mystery of Mauro De Luca's family is revealed and her fate decided. Trapped and, seemingly, alone in a foreign country where there are no rules Madison must fight or die.

The Sicilian Defence - a gripping psychological thriller where the past and the present collide.