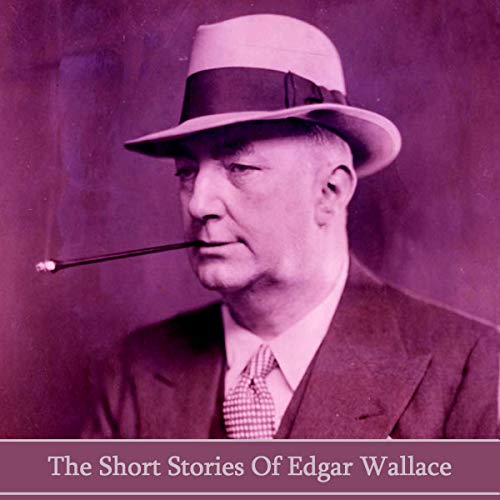 The Short Stories of Edgar Wallace

Richard Horatio Edgar Wallace was born on the 1st April 1875 in Greenwich, London. Leaving school at 12 because of truancy, by the age of 15 he had experience selling newspapers, as a worker in a rubber factory, as a shoe shop assistant, as a milk delivery boy and as a ship’s cook.

By 1894 he was engaged but broke it off to join the infantry; he was posted to South Africa. He also changed his name to Edgar Wallace, which he took from Lew Wallace, the author of Ben-Hur.

In Cape Town in 1898 he met Rudyard Kipling and was inspired to begin writing. His first collection of ballads, The Mission that Failed!, was enough of a success that in 1899 he paid his way out of the armed forces in order to turn to writing full time. By 1904 he had completed his first thriller, The Four Just Men. Since nobody would publish it he resorted to setting up his own publishing company, which he called Tallis Press.

In 1911 his Congolese stories were published in a collection called Sanders of the River, which became a best seller. He also started his own racing papers, Bibury’s and R. E. Walton’s Weekly; eventually he bought his own racehorses and lost thousands gambling. A life of exceptionally high income was also mirrored with exceptionally large spending and debts.

Wallace now began to take his career as a fiction writer more seriously, signing with Hodder and Stoughton in 1921. He was marketed as the ‘King of Thrillers’, and they gave him the trademark image of a trilby, a cigarette holder and a yellow Rolls-Royce. He was truly prolific, capable not only of producing a 70,000 word novel in three days but of doing three novels in a row in such a manner. It was estimated that by 1928 one in four books being read was written by Wallace, for alongside his famous thrillers he wrote variously in other genres, including science fiction, nonfiction accounts of WWI which amounted to 10 volumes, and screenplays. Eventually he would reach the remarkable total of 170 novels, 18 stage plays and 957 short stories.

Wallace became chairman of the Press Club, which to this day holds an annual Edgar Wallace Award, rewarding ‘excellence in writing’.

Diagnosed with diabetes, his health deteriorated, and he soon entered a coma and died of his condition and double pneumonia on the 7th of February 1932 in North Maple Drive, Beverly Hills. He was buried near his home in England at Chalklands, Bourne End, in Buckinghamshire.

This volume comes to you from Miniature Masterpieces, a specialised imprint from Deadtree Publishing. Our range is large and growing and covers single authors, themes, and many compilations.

What listeners say about The Short Stories of Edgar Wallace