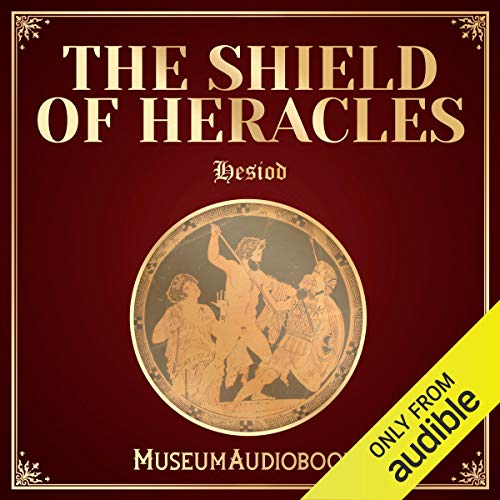 The Shield of Heracles

By: Hesiod
Narrated by: Andrea Giordani

The Shield of Heracles is an archaic Greek epic poem which was attributed to Hesiod in antiquity. The subject of the poem is the expedition of Hercules and his nephew Iolaus against Cycnus, who challenged Heracles to combat as they were passing through Thessaly on their way to the city of Trachis.

What listeners say about The Shield of Heracles

If you speed up the narration her emotions while reading make it more interesting to listen to. Love Shield of Heracles. I wish Audible would also have subtitles. As someone who learns visual and audio I always like Subtitles to read along while I listen. There are two kinds of people in this world. Those that H8 subtitles, and those that LOVE subtitles. I am the latter.