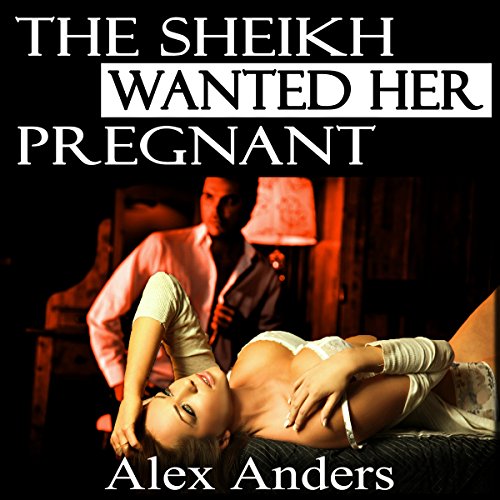 The Sheikh Wanted Her Pregnant

The Sheikh Wanted Her Pregnant

Do Arab girls grow up wanting to be Cinderella? Or does their Cinderella story have a twist?

Emma Cole didn't know. She was an innocent, 22-year-old American and this was her first time in Dubai. The exotic land entranced her. The men, or more precisely, one man, took her breath away. She saw him on the day she arrived, and then her dreams and her coffee shop.

Nadeem was gorgeous and mysterious with eyes that devoured her. His allure was hypnotic. And pinned between his body and the wall, she could do nothing to resist him.

"You will come with me tomorrow," he demanded.

"No, I will not," she replied, even as she planned what she would wear.

Italian sports cars, palaces, teasing, domination, being tied up, this was Nadeem's world. Who was he? And what would this powerful man do to her?

The Sheikh Wanted Her Pregnant is a sexy re-release of Alex Anders' number-one international best-selling book for the Sheikh's Heir series. It is for those who like to listen about exotic alpha males who bring their submissive to the heights of pleasure for the purpose of impregnation.

But by the time I'd decided it wasn't for me I was 25 minutes in.
The male narrator's female voice is comedic and truly distracting. At times I wondered if this book was a parody of the genre.
Very goal focused and not much preamble to the action. I'd probably not listen to books from this author again.

While I appreciate the author reading his own book, his reading seriously lacked in everything. No separation on sentences, etc. Read like a run on train, monotone, very little inflection.

Story written badly and narration was the worse I ever heard. I gave it a chance to get better, but no...

The story makes zero sense. No one would ever do any of these things. Hot scenes though.

I didn't love it but it was a good listen. If I was looking for more of a story then I would not have enjoyed it. However, it was pretty good for what what it was meant to be.