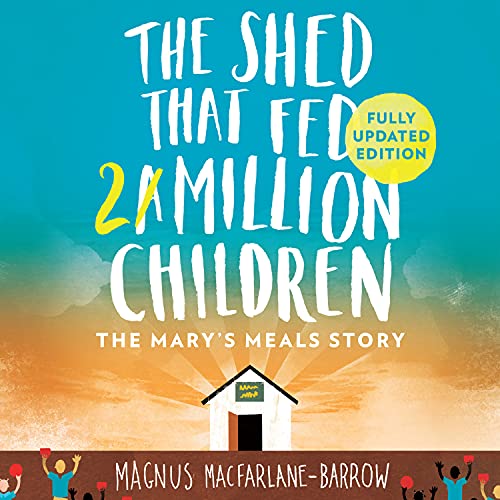 The Shed That Fed 2 Million Children: The Extraordinary Story of Mary’s Meals

In 1992, Magnus MacFarlane-Barrow was enjoying a pint with his brother when he got an idea that would change his life - and radically change the lives of others.

After watching a news bulletin about war-torn Bosnia, the two brothers agreed to take a week’s hiatus from work to help.

What neither of them expected is that what began as a one-time road trip in a beaten-up Land Rover rapidly grew to become Magnus’ life’s work - leading him to leave his job, sell his house and direct all his efforts to feeding thousands of the world’s poorest children.

Magnus retells how a series of miraculous circumstances and an overwhelming display of love from those around him led to the creation of Mary’s Meals, an organisation that could hold the key to eradicating child hunger altogether. This humble, heartwarming yet powerful story has never been more relevant in our society of plenty and privilege. It will open your eyes to the extraordinary impact that one person can make.

“One simple decision, and thousands of starving children have been fed. That’s what Magnus did.” (Gerard Butler)

“Through the grace and love provided by Mary’s Meals, there is hope, there is a future, there is life.” (Celine Dion)

"This book is a must-read for anyone wishing to see how one person can change the life of millions.” (Duncan Bannatyne)

What listeners say about The Shed That Fed 2 Million Children: The Extraordinary Story of Mary’s Meals

This is a must read book!

This is the story of one of the most humble yet effective charities, or facilitators of other people's charity, in the world. It is shared in a manner which allows you to walk the dusty roads and drive the rough terrains to far off locations where lives are both saved and elevated with the simplest of gifts.

It will change how you see the world, and awaken in you a desire to play your small part in making it better.

The secular nature in which Mary's Meals operates irrespective of the faith that underpins it, is a lesson in itself that should be championed.

This book is an inspiration to me as I hope it will be to everyone who reads it . As it has with me.I have found myself wondering what can I do to h

Love this story brought me to tears more than once and inspired me to give more thank you for all your good works.